Mohammad S, 17, was shot in the neck with live ammunition when an Israeli soldier shot directly at him from a distance of 20 meters (65 feet) on January 31 near Jalazoun refugee camp near Ramallah.

Ramallah, March 3, 2014—Three teenagers have been injured in recent weeks near Jalazoun refugee camp, indicating increasing instances of the use of live ammunition by Israeli soldiers against children.

On January 31, Mohammad E and Mohammad S, both 17, were protesting against the killing of Mohammad Mubarak two days earlier near Ein Siniya to the north of Jalazoun refugee camp. Israeli soldiers stationed at the southern entrance of the camp, where protestors frequently gather, opened fire with live ammunition causing injury to both boys.

In a sworn testimony given to DCI-Palestine, Mohammad E describes the actions of the Israeli forces. “Soldiers started firing tear gas canisters, live bullets and rubber bullets at us, and I was injured by a live bullet just below my right knee.” When a friend tried to carry him away from the soldiers, he too was shot in the shoulder.

Mohammad S was wounded on the same day, despite being an onlooker rather than a participant in the protest. Speaking to DCI-Palestine, he explained how Israeli soldiers were approaching the protestors in a jeep at full-speed when one soldier dismounted and shot directly at him from a distance of 20 meters (65 feet). Mohammad S only narrowly escaped a fatal injury. “I started running before I was stopped by a bullet that hit me in the back of the neck and exited from my throat.”

This was not an isolated event. Two weeks after Mohammad E was injured, his brother Ahmad, 14, and some friends had been on their way to a suburb of the camp to gather a crowd of boys for a game of soccer. On their way, they passed a deployment of Israeli soldiers and stopped to observe them from a distance of 100 meters (328 feet). The soldiers opened fire, according to Ahmad, injuring him in the leg with a live bullet that severed an artery.

“In 2013 four children died after being shot with live ammunition, while a further 30 sustained injuries,” said Ayed Abu Eqtaish, Accountability Program director at DCI-Palestine. “While Israeli forces repeatedly resort to the use of reckless force against civilians, including children, soldiers and police are rarely ever held accountable.”

The use of live ammunition by soldiers to fire at unarmed Palestinian children is an increasingly common occurrence in the areas around Jalazoun refugee camp and the Israeli settlement of Beit El situated nearby. The Israeli army’s own regulations dictate that live ammunition must be used “only under circumstances of real mortal danger,” but the regulations are not enforced and frequently ignored by Israeli soldiers.

These incidents follow the death in December 2013 of 15-year-old Wajih Wajdi al-Ramahi, also from Jalazoun camp. Documenting the killing, DCI-Palestine found that Wajih had been shot in the back from a distance of 150-200 meters (about 500 feet).

Since mid-2013, DCI-Palestine has been concerned over increasing violence by Israeli soldiers against Palestinian children living in refugee camps located in the occupied West Bank. Wajih’s killing and injuries such as Ahmad E’s show the impact of this violence. While Ahmad’s injury did not prove fatal, he is now confined to his bed and unable to walk. “I do not know what will happen next or how bad my injury is. Am I going to walk normally and play soccer again? Am I going to be crippled and never play soccer? This worries me a lot.” 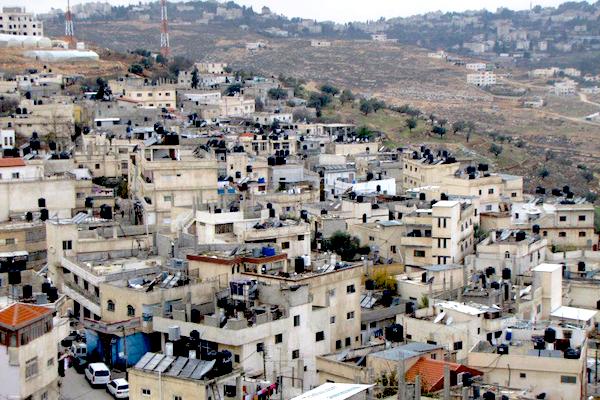 *Olivia Watson is a freelance contributor to Defence for Children International Palestine.