Israeli forces detained the 15-year-old Palestinian boy* around 4 am on July 23 from his home in Al Jalazoun refugee camp located north of the occupied West Bank city of Ramallah. He was transferred to Israel’s Shikma prison, located inside Israel in Ashkelon, for interrogation, according to Iyad Misk, a DCIP lawyer. Israeli authorities postponed his interrogation after he tested positive for COVID-19.

Despite being infected with COVID-19, Israeli authorities extended the boy's detention for another eight days since he has yet to be interrogated, according to information collected by DCIP. He is currently being held at an Israeli police station in Akka and is expected to be transferred soon to another location to be placed in quarantine.

“There is no way Israeli forces can justify the detention of a child currently infected with COVID-19,” said Ayed Abu Eqtaish, Accountability Program director at DCIP. “By extending this boy’s custodial detention, Israeli authorities are recklessly endangering his health and well-being along with the health of other detainees. Israeli authorities must release all Palestinian child detainees immediately.”

After initially containing the virus in May, cases began to rise in June in Israel and across the West Bank, including East Jerusalem, and the Gaza Strip. To date, Israel recorded at least 78,512 cases with a total of 24,583 active cases, and 569 deaths, according to Haaretz. In the West Bank and Gaza Strip, there have been at least 17,434 total cases, including over 450 new cases recorded on August 6, and 94 deaths, according to the Palestinian Ministry of Health. 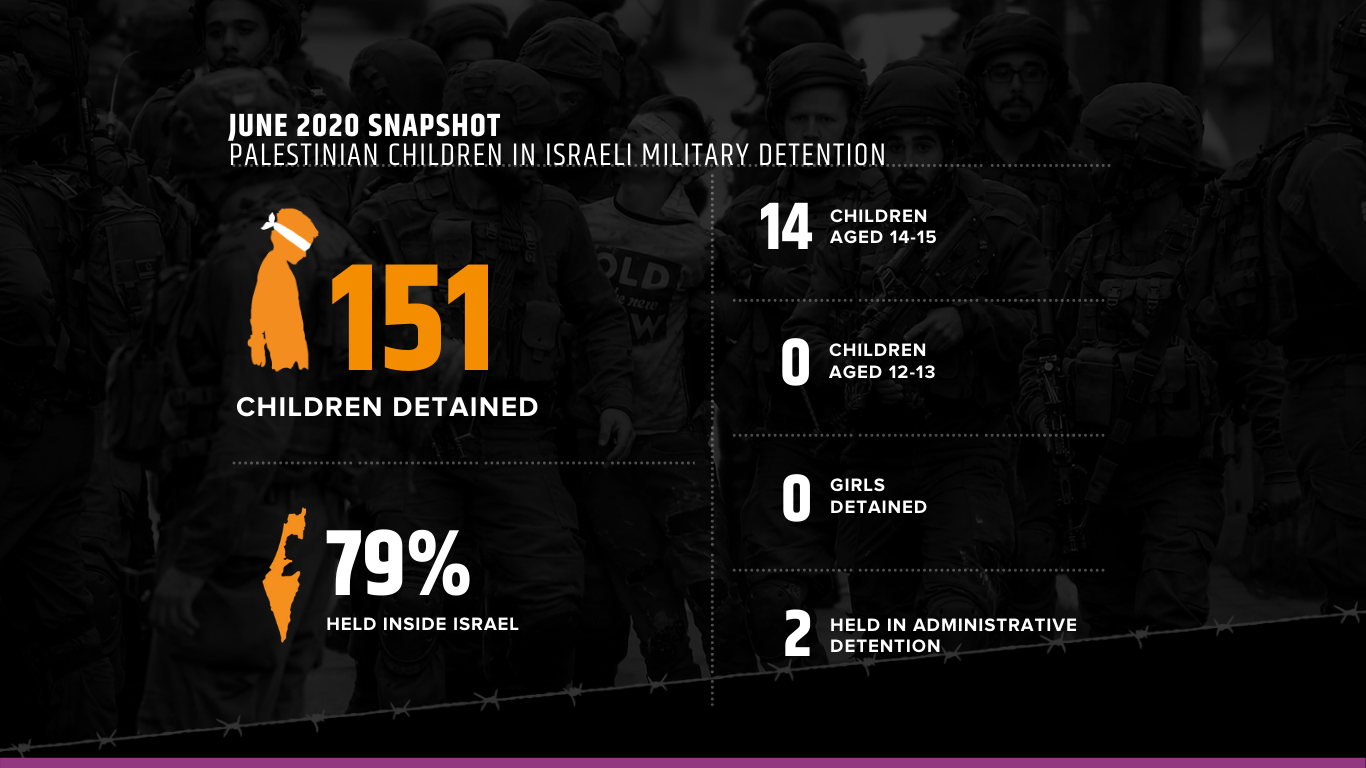 In May, three United Nations officials also called on Israeli authorities to release all child detainees and to end arrests during the pandemic, declaring in a joint press statement, “[t]he best way to uphold the rights of detained children amidst a dangerous pandemic, in any country, is to release them from detention and to put a moratorium on new admissions into detention facilities. We call on the Israeli and Palestinian authorities to do so immediately.”

Globally, the World Health Organization, the Office of the United Nations High Commissioner for Human Rights, and U.N. human rights experts have all issued guidelines and statements highlighting the need to prevent the spread of COVID-19 in detention settings.

Israel ratified the U.N. Convention on the Rights of the Child in 1991, obligating itself to implement the full range of rights and protections included in the treaty, including that the best interests of the child shall be a primary consideration in all decisions affecting children, and detention must only be used as a measure of last resort for the shortest period necessary.

*The boy's name is known to DCIP but is not disclosed here due to privacy concerns.