Ramallah, April 21, 2020—The number of Palestinian child detainees in Israeli prisons and detention centers increased since January despite the novel coronavirus pandemic (COVID-19) and widespread calls to decrease the number of people in custodial detention globally.

“Israeli authorities must release all Palestinian child prisoners immediately,” said Ayed Abu Eqtaish, Accountability Program director at DCIP. “The fact that Israeli forces continue to detain Palestinian children and hold the overwhelming majority in pretrial detention is unconscionable given the increased risk presented by COVID-19 to people deprived of their liberty.” 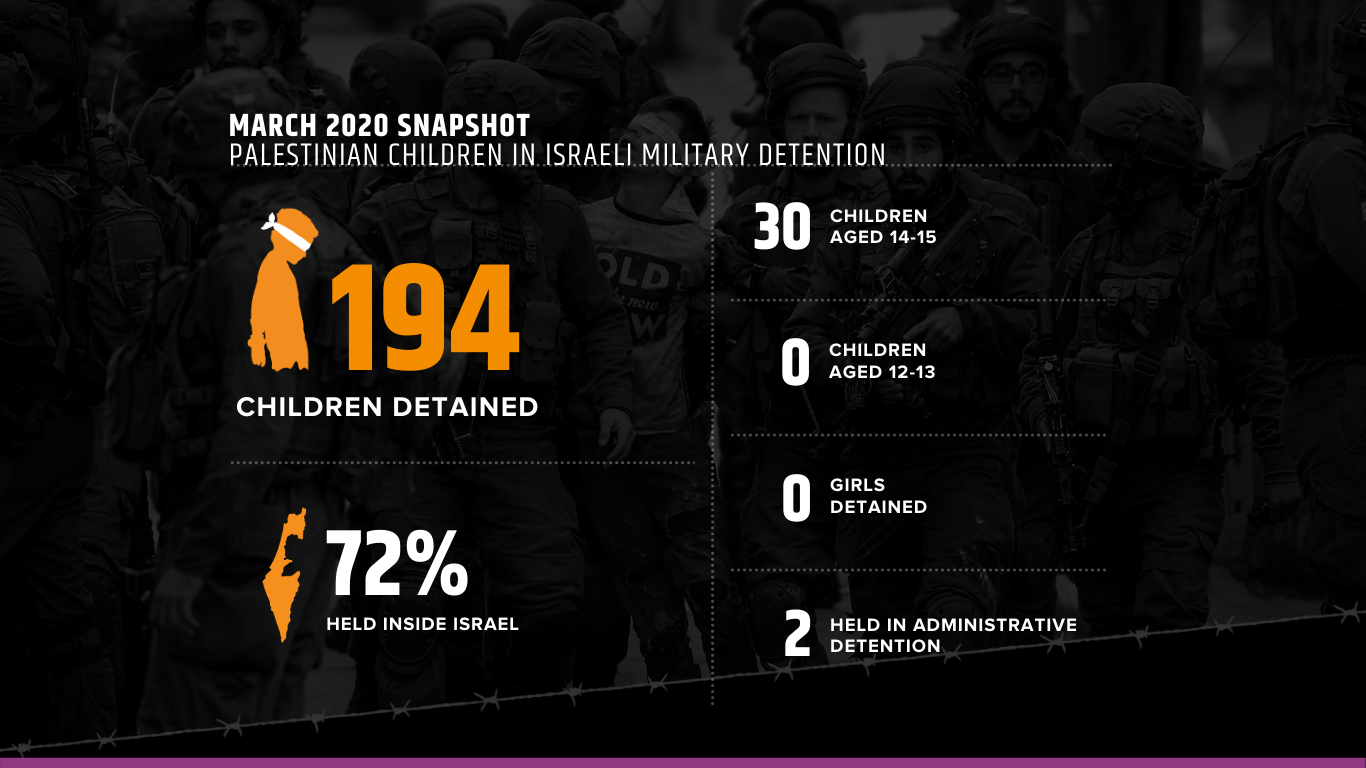 All 194 Palestinian child detainees were boys, including 164 children aged 16 or 17 years old and 30 children aged 14 and 15 years old. There were two children held in administrative detention, according to the IPS data.

In March, DCIP called for the immediate release of all Palestinian child detainees in Israeli prisons due to the rapid global spread of the novel coronavirus.

UNICEF Executive Director Henrietta Fore issued a statement on April 13 highlighting that children in detention are at heightened risk of contracting COVID-19 and should be released. UNICEF also called for an immediate moratorium on new admissions of children to detention facilities.

Since 1967, Israel has operated two separate legal systems in the same territory. In the occupied West Bank, Israeli settlers are subject to the civilian and criminal legal system whereas Palestinians live under military law. No Israeli child comes into contact with the military courts.

Israel ratified the UN Convention on the Rights of the Child (CRC) in 1991, obligating itself to implement the full range of rights and protections included in the treaty, including that the best interests of the child must be a primary consideration in all decisions affecting children. The CRC demands that children must only be detained as a measure of last resort, and obliges states to ensure and protect the right to life, survival, and development, as well as the right to health.