Palestinian teens held in solitary confinement up to three weeks 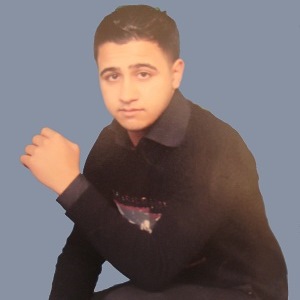 Ramallah, 17 April 2013—Israeli authorities held at least seven Palestinian youths, aged 16 to 17, in solitary confinement for periods reaching up to 21 days so far this year, based on DCI-Palestine's research.

The figure represents one-third of the number of solitary confinement cases documented by DCI-Palestine in 2012, with Palestinian youth, ages 14-17, spending as much as 29 days in isolation.

“Israeli interrogators isolate Palestinian kids in a small, filthy cell and shuffle them back and forth to interrogation over a period of several days, where they are pressured and coerced into providing a confession,” said Ayed Abu Eqtaish, Accountability Program director at DCI-Palestine. “Israeli authorities must ban the use of solitary confinement for anyone under 18, no matter what the alleged conduct.”

Since 2008, DCI-Palestine has documented 66 cases of solitary confinement used on Palestinian children. In the overwhelming majority of cases, children are held in solitary confinement while being subjected to repeated and prolonged interrogations, with the apparent purpose of obtaining a confession. During these interrogations, children report being forced to sit in a low metal chair secured to the floor of the room, with their hands and feet cuffed to the chair, often for several hours.

“The interrogator made me sit in a low metal chair in the middle of the room and in front of the desk where he was sitting,” said Mohammad K, 16, who was arrested on March 15, accused of throwing stones, and held in solitary confinement for four days at Israel’s al-Jalame detention facility. “The interrogator tied my hands and feet to the chair, then slapped me hard and ordered me to confess.”

For these reasons, UN Special Rapporteur on Torture Juan Méndez called for a complete ban on the use of solitary confinement for children in a report submitted to the UN General Assembly in 2011. He concluded that the use of solitary confinement “can amount to torture or cruel, inhuman or degrading treatment or punishment, during pretrial detention, indefinitely or for a prolonged period, for persons with mental disabilities or juveniles.”

Children held in solitary confinement at al-Jalame report being detained in a tiny cell with a toilet and a concrete bed, or a thin, dirty mattress. Meals, sometimes inedible, are passed to children through a flap in the door, and there are no windows. The only source of light comes from a dim yellow bulb that is reported to be kept on 24 hours a day.

“I could not tell day from night, except when they took me to the interrogation room,” said Moatasem N, 17, who was arrested on January 29 and held in solitary confinement for 21 days at al-Jalame. “Food was brought through a hole in the door, and I never saw who was serving it. Sometimes the food was really bad and cannot be served to humans.”

DCI-Palestine maintains that the military courts must exclude all evidence obtained by force or coercion or when a child is not appropriately informed of his right to silence. Additionally, the practice of using solitary confinement on children in Israeli detention facilities must be stopped immediately, and the prohibition must be enshrined in law. Effective accountability measures must be introduced to ensure all credible reports of torture and ill-treatment are impartially investigated and perpetrators are held accountable.