Eman Abu Said joined PCDCR in 2010 as a Project Coordinator for a protection project focused on child sexual abuse and harassment. (Photo: PCDCR)

Ramallah, February 8, 2017—The legal climate is the biggest obstacle to ending sexual violence against children in Gaza, according to the Palestine Center for Democracy and Conflict Resolution (PCDCR), a independent civil society organization that works with child survivors.

PCDCR, which has been carrying out democratic and conflict resolution focused programming since 1998, said current social and legal conditions are allowing perpetrators of sexual violence against children to operate virtually unchecked in Gaza. Divisions in the Palestinian governing system, poor enforcement and the absence of a body to enact laws are all contributing to low accountability.

Sexual violence against children can take many shapes and is underreported globally, according to the United Nation’s Children Fund (UNICEF). By their definition, it can include “rape, sexual intercourse with a child, incest; it also consists of non-physical contact and non-penetrative activities, such as involving children in watching sexual activities, encouraging children to behave in sexually explicit ways and exposing them to inappropriate sexual material.”

During an interview with Defense for Children International - Palestine, PCDCR described the ways it is trying to carve a path for change, through treatment, legal reform and community outreach.

Q. Do you think that current Palestinian laws are doing enough to protect children in Gaza from sexual abuse?

A. The laws are not enough of a deterrent to protect children, and this was clearly explained in the position paper that PCDCR brought to the concerned authorities, including the prime minister, in which we addressed key challenges.

The paper listed many concerns, especially, that the Penal Code draft and the Child Law have not fully met the international human rights requirements to protect children from sexual assault and abuse.

Q. What types of sexual violence cases do you see the most at the PCDCR?

A. During a project that took place between 2010 and 2012, PCDCR provided psychological support services to 317 children, 213 boys and 104 girls, exposed to sexual violence in the Gaza Strip. According to the findings from this project, sexual harassment was by far, the most prevalent, followed by sexual abuse. Rape accounted for about 7 percent of reported cases in the project.

Q. What changes to the legal system is PCDCR recommending?

A. First, to speed up the approval of the Palestinian Penal Code draft of 2003, with some amendments necessary to fight sexual crimes.

Second, to set up special courts to address cases of sexual offenses, with a prosecution and judiciary staff, and a suitable sentencing time frame to protect victim confidentiality.

Third, to establish safe houses for child victims of sexual abuse, especially if the offender is a family member or the victim's home does not constitute a supportive environment.

Additionally, there is a need for rehabilitation centers for juvenile sexual abuse offenders, equipped with professional cadres to treat juvenile offenders psychologically and reintegrate them, so they do not reoffend after their release. And here it is important to highlight the role of the probation officers and protection counselors in major cities.

Our fifth recommendation is to appoint a sufficient number of forensic doctors nationwide, raise their competence through continuous training and high-tech central laboratories in major districts to quickly handle the technical aspects of child sexual abuse cases.

Next, PCDCR is advocating for incorporating sex education into school curriculums to educate children about their bodies, and to activate the role of school counselors and principals.

Finally, there should be an inquiry committee to review instances where prosecutors or police close child sexual abuse cases without pursuing charges. 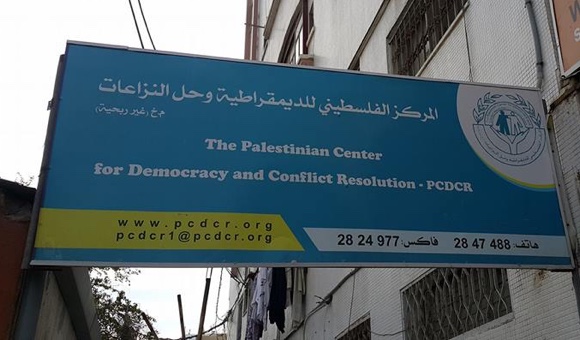 Q. Are there any sexual assault prevention programs in Gazan elementary schools?

A. During Project I (2010-2012), a new activity was added to the project, which was targeting public schools in coordination with the Ministry of Education. We organized awareness sessions and workshops in 95 elementary schools about sexual harassment.

The school counselors were trained in intervention mechanisms and how to deal with children molested by their fellow students. The counselors then led awareness sessions for all grades, to ensure the continuity of the project.

In Project II (2014-2015), we did not target schools and we are not currently implementing any school programs. We have, however, demanded this issue be included in the curriculum, but the demand has not been met.

Q. What role do informal processes play in helping child victims? Do you think these processes are serving children’s best interests?

A. If unofficial processes here means reconciliation and tribal committees, then we can say they play a big role in these cases, but the question here is whether it’s a positive or a negative role?

From PCDCR's perspective, such committees are highly involved in all the problems related to sexual abuse cases, with its priority to maintain secrecy, avoid scandal and make peace between the two parties. A reconciliation agreement between the families of the offender and the victim is its top priority in order to withdraw the complaint against the victim.

The issue is resolved outside the court, by paying a sum of money commensurate with the size of the damage in some cases. In other cases, such money does not cover the psychological damage that child victims may develop in the future.

Thus, I believe that the unofficial interventions of reconciliation and tribal committees do not serve children's best interests and do not impose a deterrent and proper punishment on the offender.

Q. You mentioned PCDCR also participates in the criminal process. Can you describe how that looks?

A. There is networking and coordination between PCDCR, the Ministry of Interior and the police. When a child is molested, the PCDCR represents the victim free of charge and follows the case from the moment a complaint is lodged with the police until the final court judgment. This applies if and only if the parents approve filing a complaint. If family consent is not obtained, the PCDCR coordinates with the reform committees and local community figures to resolve the issue.

Q. If a perpetrator is convicted of committing a sexual crime against a child, what would be a typical trial outcome?

A. In recent years, there have only been two cases of child sexual violence that PCDCR was involved with, which ended up with sentencing in the Gaza Strip. In the first case, the offender was sentenced to six years in prison, but reduced to five years following an appeal, even though it was a sexual assault that was proven by medical reports and witnesses. The second case was molestation, and the offender was given six months of imprisonment.

As for the amount of money that must be paid to the victim, it varies depending on the sex of the victim, the scope of the damage, and the location of the attack on the body. Such amounts are decided by a judge according to the medical reports, witnesses, and proof mechanisms.

And since many cases are resolved by reconciliation and tribal committees, in some cases the committees request the payment, 50,000 Jordanian dinars [$70,502] in the case of raping a girl, and this is the maximum possible amount to be paid in such cases. The compensation scale decreases in cases of sexual harassment or molestation.

In reality, punishment and the sum of money that can be paid by offenders vary from one case to another, as there is no specific fine requirement.

Q. How has the community received PCDCR’s services for child survivors of sexual violence?

A. The community and even local institutions thought we would fail to address child sexual abuse because of its sensitivity. But they were wrong. We targeted children and families. Initially, everyone rejected it and denied that their children were exposed to such violations.

But then we noticed, after only three days of workshops, parents began sharing stories of their children being sexually assaulted. Various institutions approached us to conduct programs and workshops on sexual harassment in marginalized areas with bigger audiences.

More information about PCDCR's work in Gaza can be found here.