Members of the Israeli security forces take position during clashes over an Israeli order to shut down a Palestinian school in the town of as-Sawiyah, south of Nablus on October 15, 2018. (Photo credit: AFP / Jaafar Ashtiyeh)

Israeli forces and settlers shot and killed 36 Palestinian children with live ammunition this year in the occupied West Bank. Under international law, intentional lethal force is only justified in circumstances where a direct threat to life or of serious injury is present. However, investigations and evidence collected by DCIP regularly suggest that Israeli forces use intentional lethal force against Palestinian children in circumstances that may amount to extrajudicial or wilful killings.

Half of all Palestinian children shot and killed by Israeli forces in 2022 were killed in the Jenin or Nablus governorates in the northern occupied West Bank, according to documentation collected by DCIP.

Israeli forces shot and killed Sanad Mohammad Khalil Abu Atiya, 16, around 8:15 a.m. on March 31 in Jenin in the northern occupied West Bank, according to documentation collected by DCIP. An Israeli soldier shot Sanad as he approached Yazeed al-Saadi, 22, moments after al-Saadi was shot in the back of the head. The bullet struck Sanad in the right side of his chest and exited out his back. 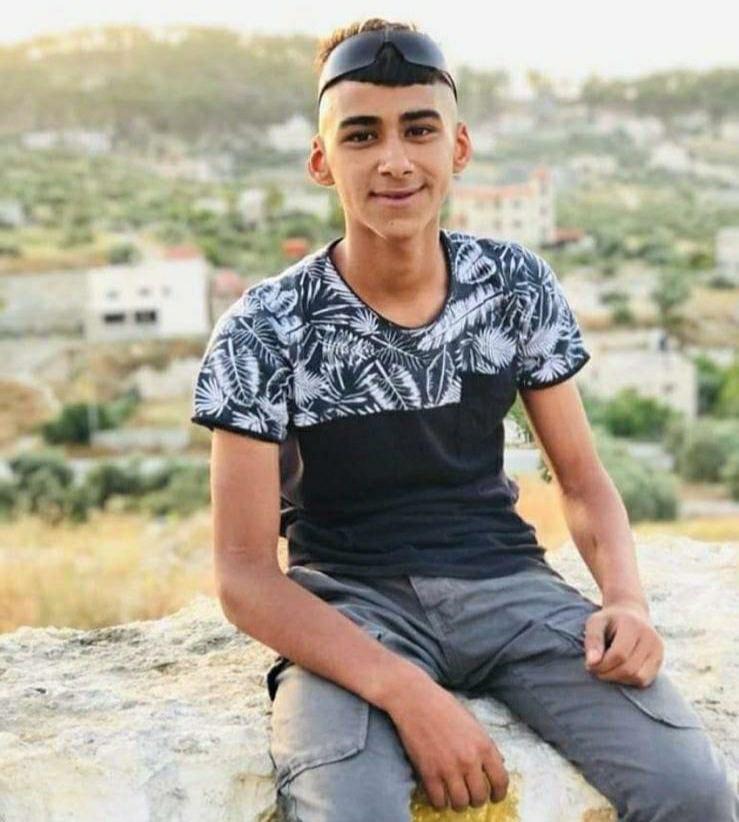 Sanad was killed as Israeli forces were leaving the area after conducting a search and arrest operation in nearby Jenin refugee camp, Haaretz reported. Palestinian residents reportedly threw stones at the armored Israeli military vehicles as they withdrew from Jenin refugee camp towards Jenin’s Al-Zahra neighborhood, according to information gathered by DCIP.

An eyewitness reported that gunshots were fired from the refugee camp as the Israeli vehicles left the area. Palestinian residents who were throwing stones began to flee, as one of the armored Israeli military vehicles drove in reverse pursuing those who were fleeing, an eyewitness told DCIP.

Ambulances were able to reach Sanad a few minutes later, and he and al-Saadi were both transported to Ibn Sina hospital where they were pronounced dead, according to documentation collected by DCIP.

Thaer left Al-Hashimiya Boys Secondary School located in the Jabal Al-Tawil neighborhood of Al-Bireh after his second class due to a teachers’ strike. He and a friend approached an area about 200 meters (656 feet) away from the school where the confrontations were taking place. A group of at least 12 Israeli soldiers were deployed nearby. Thaer arrived and stood next to a building watching the confrontations when an Israeli soldier shot him in the chest with live ammunition, according to an eyewitness. Thaer did not pose any threat to Israeli forces when he was shot, according to information collected by DCIP.

Part 2: Palestinian children bear the brunt of the Israeli military’s three-day assault on the Gaza Strip

17 Palestinian children were confirmed killed after the Israeli military launched a three-day military offensive on the Gaza Strip in early August, according to documentation collected by DCIP. 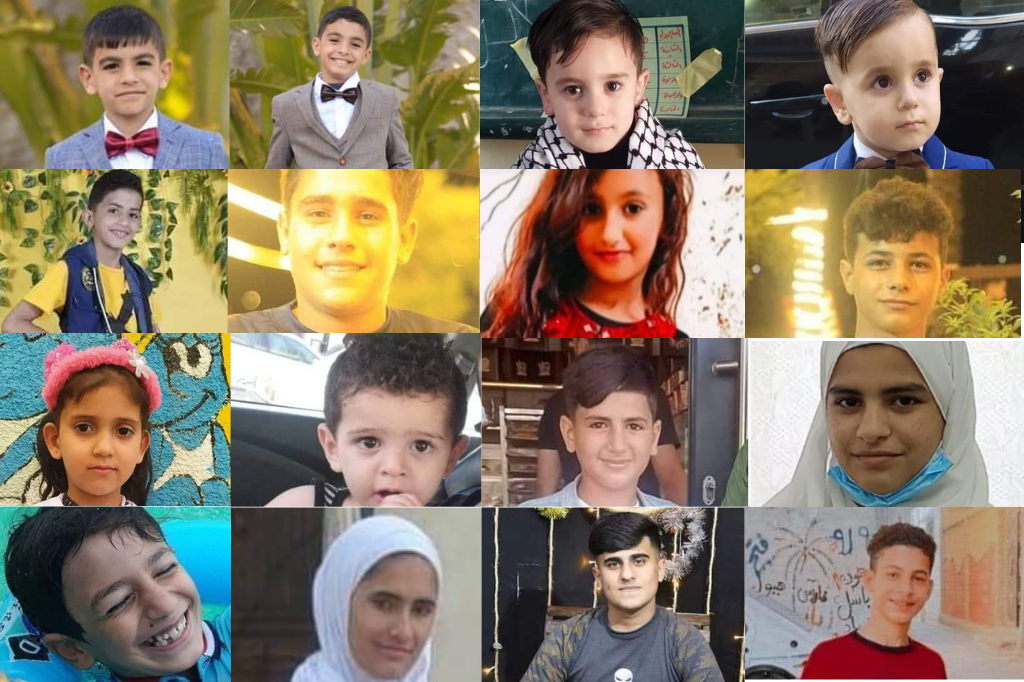 On August 5, Layan Mosleh Hamdi Al-Shaer, 10, was injured by Israeli shelling around 4:30 p.m. near Khan Younis in the southern Gaza Strip, according to documentation collected by DCIP. Layan, who suffered a critical head injury, was transferred to Nasser Hospital in Khan Younis, alongside three other injured Palestinian children and two injured adults. Layan was later transferred to the European Hospital in Khan Younis then to Al-Makassed Hospital in Jerusalem on August 9. No one from Layan’s family was permitted to accompany her to Jerusalem and she succumbed to her wounds on August 11. 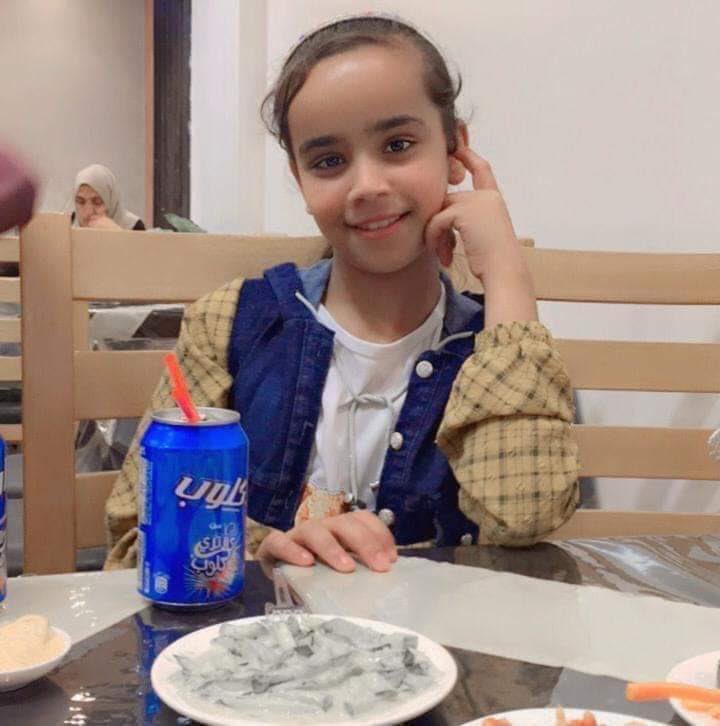 The Israeli military launched airstrikes across the Gaza Strip on August 5, killing at least 44 people and injuring at least 350, according to Al Jazeera. A ceasefire went into effect at 11:30 p.m. on August 7. The Israeli military offensive came just days after Israeli forces arrested a senior Islamic Jihad leader in the West Bank city of Jenin and killed 16-year-old Dirar Riyad Lufti Al-Haj Saleh, also in Jenin, who was protesting the Israeli military’s incursion into Jenin refugee camp.

DCIP estimates an average of 132 Palestinian children were held in Israeli military detention each month in 2022. Precise data is not available because the Israeli Prison Service has stopped releasing detainee headcounts on a monthly basis.

Children typically arrive at interrogation bound, blindfolded, frightened, and sleep-deprived. Children often give confessions after verbal abuse, threats, physical and psychological violence that in some cases amounts to torture.

From testimonies of 84 Palestinian children detained by Israeli forces from the occupied West Bank, including East Jerusalem, DCIP found that:

Israeli authorities held at least 16 Palestinian children in administrative detention in 2022, which is a form of imprisonment without charge or trial regularly used by Israeli authorities to arbitrarily detain Palestinians, including children. Palestinian children held under administrative detention orders are not presented with charges, and their detention is based on secret evidence that is neither disclosed to the child nor their attorney, preventing them from preparing a legal challenge to the detention and its alleged basis.

Eight of the Palestinian children held in administrative detention have turned 18 since the beginning of their detention, according to information collected by DCIP.

DCIP documented the highest number of administrative detention cases in 2022 since October 2015.

58 Palestinian schools located in the occupied West Bank, including East Jerusalem are currently under demolition or stop work orders by Israeli authorities, according to the UNICEF and Save the Children-led Occupied Palestinian Territory Education Cluster.

In 2022, Israeli authorities ordered the demolition or stop work order of at least six schools in Area C of the occupied West Bank, impacting at least 206 students, according to the Education Cluster.

Israeli authorities carried out three demolition incidents targeting two schools in 2022. One school, Isfey Al Fouqa School in the Masafer Yatta area of the southern occupied West Bank, was demolished twice, on November 23 and December 6, impacting 85 students, according to the Education Cluster.

Israeli forces shot 17-year-old Mahmoud Abdujaleel Huda al-Sadi with live ammunition around 8:30 a.m. on November 21 in the Al-Hadaf neighborhood in the city of Jenin in the northern occupied West Bank, according to documentation collected by DCIP. Mahmoud was on his way to school in Wadi Burqin, adjacent to Al-Hadaf neighborhood, but he was blocked by clashes due to an Israeli military incursion into Jenin refugee camp earlier that morning. Mahmoud turned around to go home, and an Israeli soldier in an Israeli military vehicle around 140 meters (459 feet) away shot him in the abdomen with live ammunition. 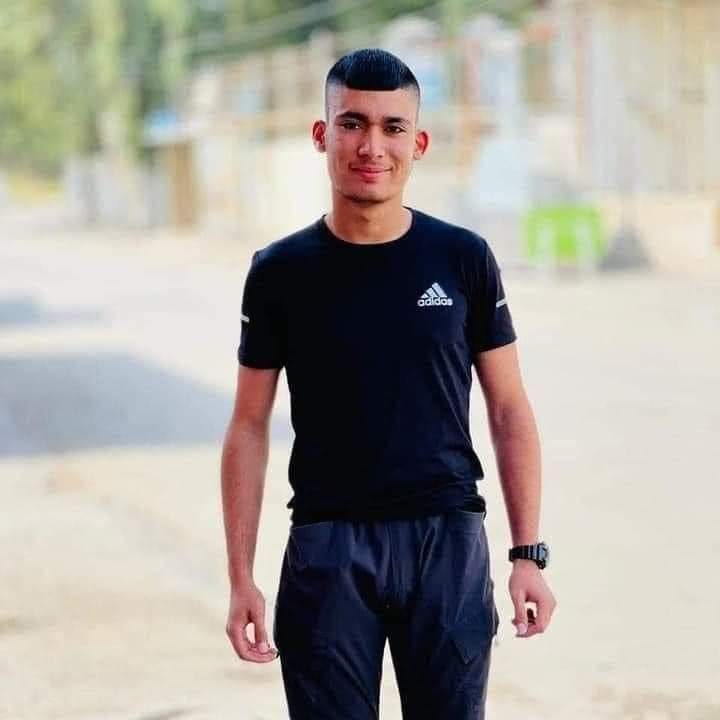 Mahmoud was not participating in confrontations with Israeli forces when he was shot, according to information collected by DCIP. After being shot, Mahmoud walked about five meters (16 feet) then sat on the ground before his friends and classmates helped him into a car to go to Ibn Sina hospital in Jenin. Doctors pronounced Mahmoud dead around 9 a.m.

Israel ratified the Convention on the Rights of the Child (CRC) in 1991. The convention grants basic rights to health and education to every child regardless of nationality or ethnicity.

Article 28(1)(e) of the CRC specifically requires state parties to take measures to encourage regular attendance at schools and the reduction of drop-out rates, and Article 38(4) obliges signatories to protect the civilian population in accordance with international humanitarian law and take all feasible measures to ensure protection and care of children who are affected by an armed conflict.

Video surveillance footage from inside the DCIP office shows Israeli forces entering the premises at 5:55 a.m. The Israeli soldiers move through the DCIP office inspecting, gathering, and removing random items and files, and then they exit at 6:40 a.m. They welded the door shut and taped a military order to the door effectively closing the DCIP office.

The raid on the DCIP office was part of a series of early morning raids against the six prominent Palestinian human rights and civil society organizations criminalized by Israeli authorities in October 2021, including Addameer, Al-Haq, DCIP, the Union of Agricultural Work Committees, the Bisan Center for Research and Development, and the Union of Palestinian Women Committees. The groups work directly with Palestinian women and girls, children, peasant families, prisoners, and civil society activists, providing direct services and monitoring and exposing human rights abuses.

On August 21, three days after the raid, the Israeli Security Agency (Shin Bet) summoned DCIP General Director Khaled Quzmar for questioning at Ofer military base. Quzmar was not allowed to have legal representation accompany him. After about two hours in Shin Bet custody, he was released.

Israeli Minister of Defense, Benny Gantz, designated the six Palestinian human rights and civil society groups as “terrorist organizations” on October 19, 2021, pursuant to a 2016 Israeli law, a designation that effectively criminalizes the activities of these organizations and authorizes Israeli authorities to close their offices, seize their assets, and arrest and jail their staff members.

Israeli, Palestinian, and international human rights and humanitarian organizations face an increasingly difficult operating environment and shrinking civic space in Israel and the occupied West Bank, including East Jerusalem, and the Gaza Strip. Recent attempts to delegitimize humanitarian and human rights organizations operating in the Occupied Palestinian Territory, in particular, have been on the rise in recent years, negatively impacting their ability to deliver assistance and advocate on behalf of Palestinian human rights.

Delegitimization attempts and disinformation have been advanced by a network of rising nationalist Israeli civil society organizations and associated organizations elsewhere, with the support of the Israeli Ministry of Foreign Affairs. These efforts take the form of targeted and organized defamation campaigns based on a range of allegations related to the violation of counter-terrorism legislation and international law. In most cases, if not all, these allegations are erroneous, misrepresent, and distort critical factual or legal elements.

DCIP demands the international community use all available means to hold Israeli authorities accountable for their targeted attacks and repression of Palestinian civil society organizations and to act to end international complicity and support to Israel’s apartheid regime.

Fatalities and Injuries | Military Detention | Right to a Childhood | News