Palestinian children use a gas lamp and candles to do their homework at their home in Khan Yunis in the southern Gaza Strip on August 19, 2020. (Photo: Activestills / Mohammed Zaanoun)

November 11, 2020, Ramallah—“What did these children do wrong to die in such a horrible way?,” asked 15-year-old Aseel M. following news on September 1 that three young Palestinian children from the same family died when their home caught on fire in the Gaza Strip. The three brothers, aged between two and five years old, were the latest victims of Gaza’s electricity crisis perpetuated by Israel’s 13-year closure of the Gaza Strip.

The three brothers from the al-Hazin family, five-year-old Yousef, four-year-old Mahmoud, and two-year-old Mohammad, lived in Nuseirat refugee camp, in the central Gaza Strip. In late summer, electricity was only available intermittently, about four hours per day. 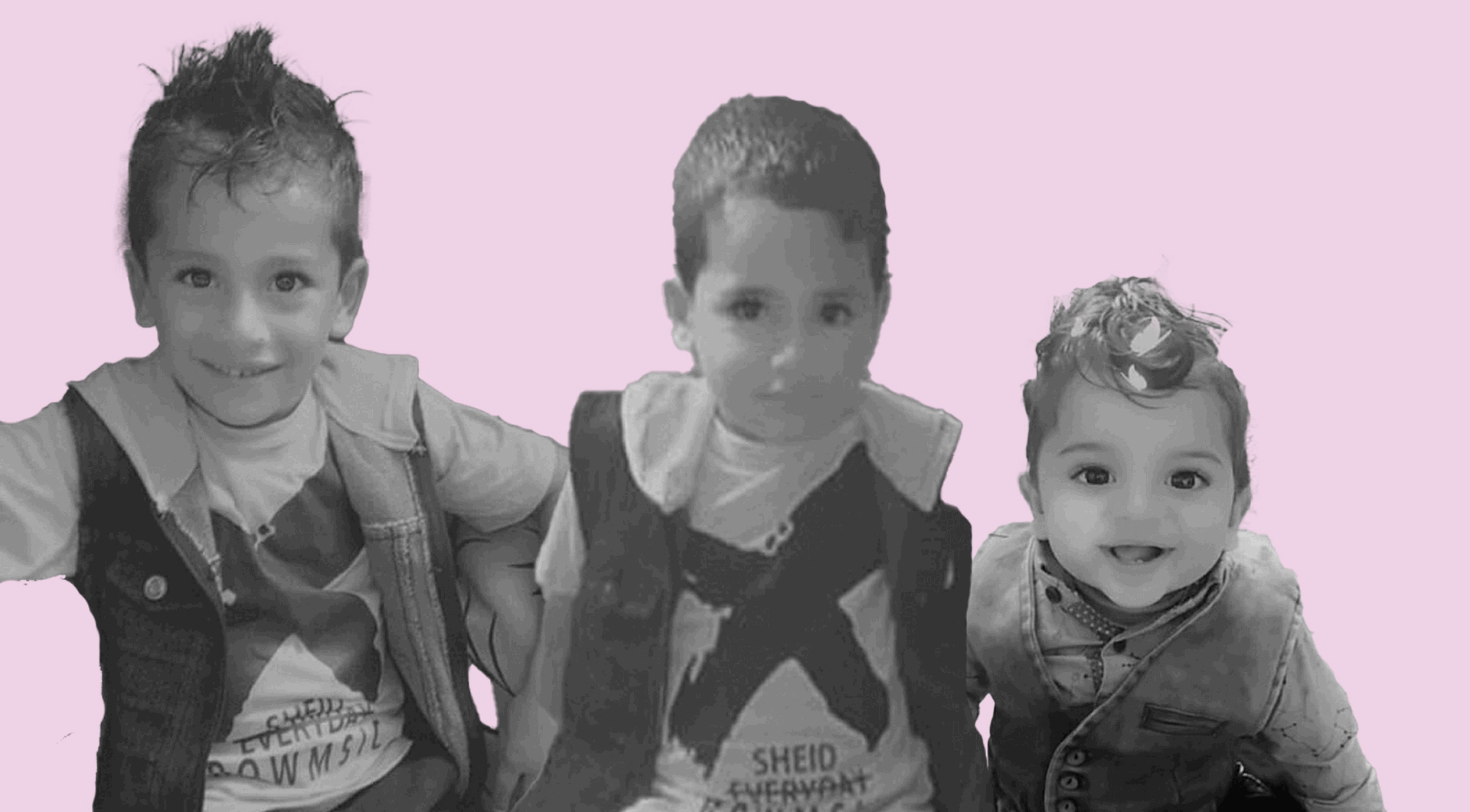 Most Palestinians in Gaza are forced to light their homes with candles at night, and candles, kerosene stoves, and power generators are all essential items for Palestinians throughout the Gaza Strip.

Omar al-Hazin, the father of the three boys, told Defense for Children International - Palestine that he charges a battery each day to light their home. He was unable to charge the battery that day so he lit a candle and placed it beside a wood-framed window covered with a plastic screen.

The three boys were asleep in the home around 8:15 p.m. when al-Hazin left to buy groceries at a store about 700 meters (2,297 feet) away. The children were alone at the time; their mother had left the home to stay with her father three days earlier. At the store, he heard his neighbors calling out that his home was on fire. He rushed back to the house to find many of his neighbors attempting to extinguish the fire.

Forty minutes later, an ambulance and members of the Palestinian Civil Defense, a Palestinian government agency responsible for emergency and rescue services, arrived at the scene. The children’s bodies were subsequently removed and transferred to Shuhada Al-Aqsa Hospital in nearby Deir Al-Balah, where doctors confirmed the deaths. A police investigation confirmed that a candle caused the fire, according to information collected by DCIP.

Tragic incidents like this that link back to Israel’s closure policy and an increasingly harsh human-made humanitarian crisis reverberate throughout the Gaza Strip and have a profound impact on children. “I felt very sad and upset about it,” Aseel M., 15, told DCIP. She lives in nearby Deir Al-Balah and told DCIP that her family stopped using candles because of the al-Hazin boys’ deaths.

Like most Palestinian children in the Gaza Strip, extremely limited access to electricity and regular power cuts have been a constant for most of Aseel’s life.

The COVID-19 pandemic and subsequent quarantine measures introduced by the Hamas de facto government in the Gaza Strip means that Aseel and other students are forced to study at home participating in remote learning. However, due to lengthy power outages, Aseel has been unable to regularly access the Internet and participate in online classes.

“I could not study or do any other activity,” Aseel told DCIP.

“Last August, it was so hot that I felt I was choking, and we could not turn on the fan because electricity was cut off.”

Yamen D., 14, a ninth-grader at Jabalia Basic School for Boys from North Gaza, is also struggling to maintain his education. With one phone and limited electricity, Yamen and his four younger siblings struggle daily to access their online classes. He can only complete his homework when electricity is available.

“Electricity controls all aspects of our lives,” Yamen said, adding that most of his family’s problems would be resolved if the electricity crisis ended.

Like Aseel, Yamen’s family is afraid to light fires in the winter due to the risk of the fire spreading.

Power cuts have been a permanent and continuous obstacle for Palestinians in Gaza ever since Israeli forces launched an airstrike targeting the Gaza Strip’s sole power plant on July 29, 2014, leaving it inoperable. The airstrike was one of the hundreds launched by Israeli forces during its 51-day military offensive on the Gaza Strip, known as Operation Protective Edge, which killed over 500 Palestinian children and injured over 3,000 others, according to documentation collected by DCIP.

Israel occupied the West Bank, including East Jerusalem, and the Gaza Strip in 1967 when Israeli forces entered and established authority in the territory. In doing so, Israel became the “Occupying Power” for purposes of international law, which carries clear obligations to protect the Palestinian civilian population under its control. To this day, Israeli authorities and forces maintain effective control of the Gaza Strip’s borders, coastline, airspace, economy, telecommunications, energy supplies, and water and sewage systems.

For 13 years, Israel has maintained a militarily-imposed closure of the Gaza Strip resulting in a human-made humanitarian crisis. Israeli authorities limit and prevent essential goods and resources from reaching the 2 million Palestinians living in Gaza, an incredibly youthful population where around 41 percent of inhabitants are aged between 0 and 14 years old, according to the Palestinian Central Bureau of Statistics. Israel’s closure policy restricts imports into the small coastal enclave and has prevented sufficient fuel necessary for it to operate at full capacity. Consequently, Gaza’s population had struggled to access a steady supply of electricity long before Israel’s 2014 bombing of Gaza’s power plant.

During this period, several other children died in house fires linked to Israel’s closure policy. On April 1, 2012, Nihad Bashir tucked in her children, six-year-old Nadine, five-year-old Farah, and three-year-old Sabri, and then went to the next room to feed her seven-month-old infant. The three children died in a house fire that night, according to documentation collected by DCIP.

Bashir told DCIP that she momentarily fell asleep before waking to the sound of a fire crackling inside the apartment. In a state of confusion, she ran downstairs to call for help from family members.

Nihad believes her children died as a result of the power cuts.

“I lost my three children. They were playing and laughing around me, and then they went to bed as I told them and never woke up,” Nihad told DCIP. “I never said goodbye to them. They did not let me say goodbye to them because they were totally burned. It was because of the power outage.”

Israel’s closure policy toward the Gaza Strip amounts to collective punishment against the civilian population, and restrictions on fuel imports and cuts to electricity have also been deemed unlawful.

Collective punishment is prohibited by international humanitarian law, recognizing responsibility is individual and an individual may only be punished where it can be proven they have personally committed the offense.

The international community must demand an end to Israel's unlawful closure of the Gaza Strip, investigate allegations of war crimes, and hold perpetrators accountable. Without an end to the current regime of collective punishment, targeted assassinations, and regular military offensives, the situation for Palestinian children in the Gaza Strip is all but guaranteed to further deteriorate.

Fatalities and Injuries | Right to a Childhood