Israeli soldiers stationed near the border fence fired shells at Yousef, from the Al-Shaboura neighborhood of Rafah in southern Gaza, on Tuesday night. According to initial reports, Yousef died of his wounds before an ambulance reached him. On March 17, Murad died from his injuries, after Israeli forces fired live bullets at a group of teenagers during clashes in Arroub refugee camp, killing him and injuring Saif Awlad Issa, 16, who remains hospitalized.

“Israeli forces appear to routinely resort to intentional lethal force in situations not justified by international norms, killing children with impunity,” said Accountability Program Director at Defense for Children International - Palestine, Ayed Abu Eqtaish. “Live ammunition is increasingly used against Palestinian children in the West Bank since 2014, while children in Gaza are shot, shelled, and bombed in violation of international law.”

Shortly before midnight on March 21, Yousef and two adult friends approached the Gaza-Israeli border fence, DCIP sources indicated. When they were approximately 300 meters (328 yards) away, an Israeli tank fired multiple shells toward the three, eyewitness reported.

Yousef’s father told DCIP his son’s body was riddled with shrapnel, including injuries to his head. Anwar Abu Houli of the Red Crescent Society in Gaza said Yousef was already dead by the time an ambulance reached him. 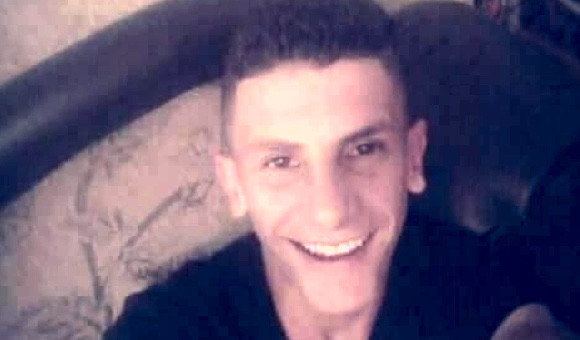 Five days earlier, on March 17, eyewitness said that clashes were becoming heated around 8 p.m. in Arroub refugee camp, located between Bethlehem and Hebron, with Israeli soldiers firing live bullets at a group of teenagers, including Murad and Saif. Israeli forces alleged that some youths were throwing Molotov cocktails at the military tower located directly outside the camp.

After some struggle, those present were able to pull the wounded from where they had fallen and transfer them to Al-Ahli Hospital in Hebron.

At the hospital, doctors pronounced Murad dead on arrival. According to a preliminary inspection by the coroner, carried out under the observation of the public prosecutor, Murad was struck by a live bullet that entered the bottom left side of his shoulder. The bullet directly hit his heart before exiting out of his chest. This resulted in Murad’s death, likely within minutes of the injury, according to the coroner.

The physician who performed surgery on Saif confirmed that his chest was injured by a live bullet. Saif is still under medical observation in the intensive care unit, in a moderate-to-critical condition.

In both fatal incidents, the Israeli military confirmed that Israeli soldiers’ fire or shells resulted in a “hit,” local media reported, but did not comment on the teenagers’ deaths.

Military fixtures like checkpoints and watchtowers in the West Bank and the heavily surveilled “buffer zone” along the border of Gaza are sites of frequent clashes, representing significant risks of death, injury, and arrest to children who live or pass near them frequently.

In October of 2016, Israeli forces shot a flare at Abdel-Rahman al-Dabbagh, 15, causing his head to catch on fire during protests near the Gaza border.

Last year marked the deadliest year of a decade for West Bank children, as Israeli forces and security guards killed 32 Palestinian children. Although 24 of these children were accused of committing some form of an attack, in several cases, DCIP evidence and Israeli internal investigations determined that the child did not pose a direct, mortal threat at the time they were killed.