Israeli forces shot Bilal al-Ashram in the chest, killing him during a protest near the Gaza Strip perimeter fence on May 15 (Photo: Courtesy of the al-Ashram family)

Israeli forces shot Bilal al-Ashram, 17, in the chest with live ammunition around 7 p.m. on Tuesday, a day after shooting 16-year-old Talal Matar in the head, Defense for Children International - Palestine’s preliminary investigation found. Both children were unarmed, according to initial reports. The two children are among 14 Palestinians under the age of 18 to be killed by Israeli forces in the context of “March of Return” protests near the perimeter fence in the Gaza Strip between March 30 and May 15.

“Defense for Children International condemns Israel’s unlawful killing of Gazan children near the perimeter fence during “March of Return” protests. It also disapproves of the transfer of the US embassy to Jerusalem. DCI calls upon the international community to take urgent action to hold accountable all perpetrators responsible for killing and maiming Palestinian children in direct contravention of international law, including relevant provisions of the United Nations Convention on the Rights of the Child,” the statement said.

According to initial reports collected by DCIP, Bilal was participating in a march Tuesday evening when Israeli forces shot him multiple times, including in the chest. 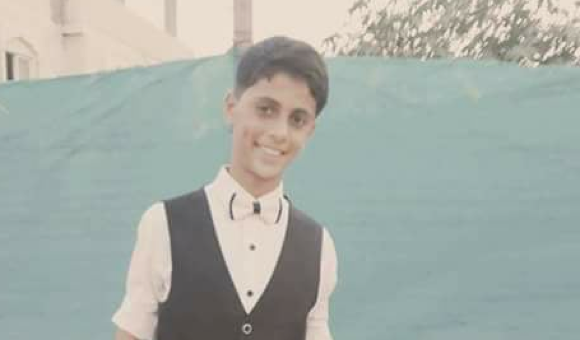 In the same area the day prior, Talal was transferred to Al-Aqsa Martyrs Hospital after Israeli forces shot him in the head. He was then transferred to Shifa Hospital where he later died. His body was identified by his parents Tuesday morning.

The “March of Return" demonstrations began on March 30 in protest of Palestinian refugees’ inability to return to properties lost during the establishment of the state of Israel in 1948, according to local media. Approximately 70 percent of Gaza’s current 2 million residents are registered refugees.

Talal was one of seven children fatally shot on May 14 by Israeli soldiers and among 14 Palestinian children to be killed during “March of Return” protests since March 30.

A fifteenth child died from Israeli fire after attempting to cross the perimeter fence on April 29, according to the child's father.

Lethal force may only be used as a last resort, when a direct threat to life or of serious injury exists, under international law.

The UN Human Rights Council will hold a special session on the deteriorating human rights situation in the Occupied Palestinian Territory (OPT), including East Jerusalem, on Friday 18 May 2018.