Palestinians assess the damage caused by an Israeli airstrike in the town of Khan Younis, in the southern Gaza Strip, on May 12, 2021. (Photo: AFP / Said Khatib)

Mahmoud Hamed Hasan Tolbeh, 12, succumbed to his injuries two days after he was critically wounded by shrapnel from a missile that was fired by an Israeli warplane in southeastern Gaza City. Mahmoud was leaving the barbershop on Salah al-Din Street in Gaza City’s Shaafout neighborhood around 9:15 p.m. on Wednesday evening when he was struck in the head with shrapnel from the blast.

Mahmoud was admitted to Shifa hospital’s intensive care unit in critical condition shortly after the May 12 attack and died from his wounds early Friday morning, according to documentation collected by Defense for Children International - Palestine. Another child, Yahya Mazen Shehada Khalifa, died instantly in the same attack, as previously reported by DCIP. 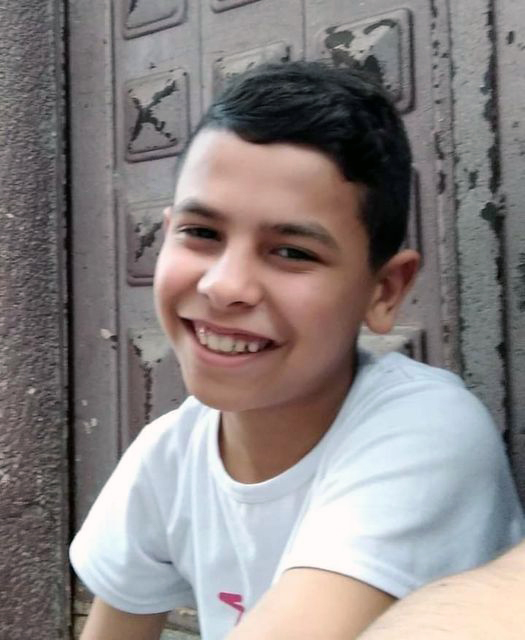 An Israeli drone-fired missile killed 17-year-old Khaled Imad Khaled Qanou on May 13 around 12:40 p.m. near the Gaza perimeter fence in North Gaza’s Izbat Beit Hanoun, according to documentation collected by DCIP. An Israeli weaponized aerial drone targeted Khaled, firing at least one missile killing him on the spot near the Nada residential towers, which overlook the Gaza perimeter fence. Khaled was allegedly a member of a Palestinian armed group, according to initial information collected by DCIP. It is not clear if he was actively involved in hostilities at the time he was targeted. A number of bystanders were wounded in the attack and taken to the nearby Indonesian hospital.

Ahmad Rami Mahmoud al-Hawajri, 13, was returning home from the grocery store around 3:20 p.m. when the Israeli fighter jet targeted a residential building in the heart of the densely populated Al-Bureij refugee camp in Central Gaza on May 13, according to documentation gathered by DCIP. Ahmad was killed in the attack. He was struck in the head with shrapnel and sustained burns all over his body. 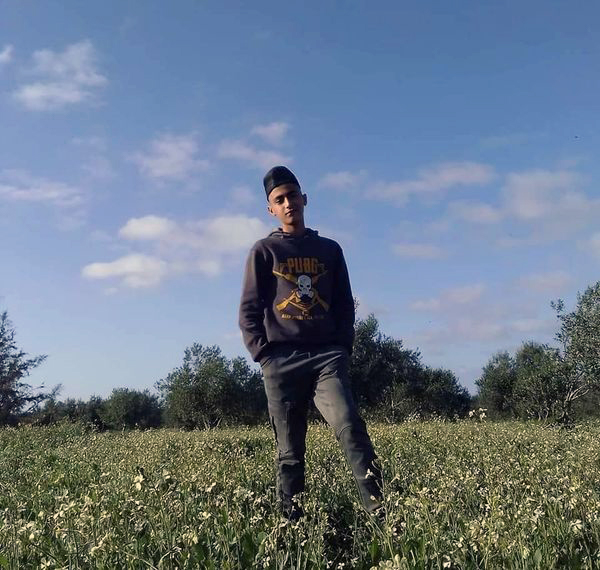 A separate Israeli airstrike on a residential building in Al-Bureij refugee camp killed 13-year-old Lina Mohammad Mahmoud Issa on Thursday afternoon. An Israeli warplane attacked the home of Mohammad Issa, 42, around 4:45 p.m. Lina was killed along with her mother, Manar, and their home was completely destroyed. Three other civilians were also wounded and transferred to Al-Aqsa Martyrs hospital, according to documentation collected by DCIP.

The family had gathered to celebrate Eid al-Fitr, the holiday marking the end of the holy month of Ramadan, and around 25 people were in the living room when the Israeli artillery attack occurred. Fawziya and her sisters were dismembered, and shrapnel struck Mohammad in the head. All four were killed on the spot. A number of family members were also wounded in the incident, including six-year-old Hamzi and five-year-old Malak who were moderately injured.

The family and other residents of Umm Al-Naser took refuge after the attack in a UNRWA school in Mashrou' Beit Lahiya due to the ongoing heavy Israeli artillery shelling.

Israeli missiles killed two children in two separate attacks on the evening of May 13 in the southern Gaza Strip. Around 7:45 p.m., an Israeli warplane attacked Jamal al-Zamli’s two-story home in the Tanour neighborhood of Rafah, killing two-year-old Hoor Momen Jamal al-Zamli and her mother Khuloud, who was five months pregnant, according to information gathered by DCIP. There was no warning prior to the blast which destroyed the home and injured seven others, including three children. The wounded were transported to Abu Yousef Al-Najjar hospital for treatment.

In another attack late on May 13, an Israeli airstrike killed six-month-old Ibrahim Mohammad Ibrahim al-Rantisi. An Israeli warplane fired a missile at a three-story home in the Jnaineh neighborhood of Rafah shortly before 8:30 p.m., according to documentation collected by DCIP. The attack also killed Ibrahim’s grandmother, uncle, and aunt and injured 15 others, including 7 children.

DCIP continues to investigate other incidents to determine if children were victims and to provide more details on these incidents.

As Israeli forces intensified their bombardment of the Gaza Strip overnight on Thursday, some 10,000 Palestinians fled their homes due to the ongoing hostilities and are sheltering in schools, mosques and other places, according to a statement released today by the U.N. Office for the Coordination of Humanitarian Affairs. Palestinian civilians in the Gaza Strip have limited access to water, food, hygiene, and health services, and fuel for the electricity plant is expected to run out on Sunday.