Palestinian students from Dahr Al-Maleh pose for a picture while heading to school on November 10, 2019. (Photo: DCIP / Ahmad Al-Bazz)

Ramallah, June 11, 2020—“I remember once when we were going to school, we asked the soldiers if we could go through the pathway without going through the search room,” 16-year-old Aya K. told Defense for Children International - Palestine. “One of the soldiers shouted at us and threatened to shoot at us. My classmates and I were afraid and immediately went into the search room.”

Aya lives in Dahr Al-Maleh, a village in the western part of Jenin governorate in the northern occupied West Bank, but attends school in the neighboring village of Tura. Every school day, Aya and other students from Dahr Al-Maleh, must cross through a military gate in Israel’s separation barrier to reach their school. The journey to school on foot takes around 20 to 30 minutes. 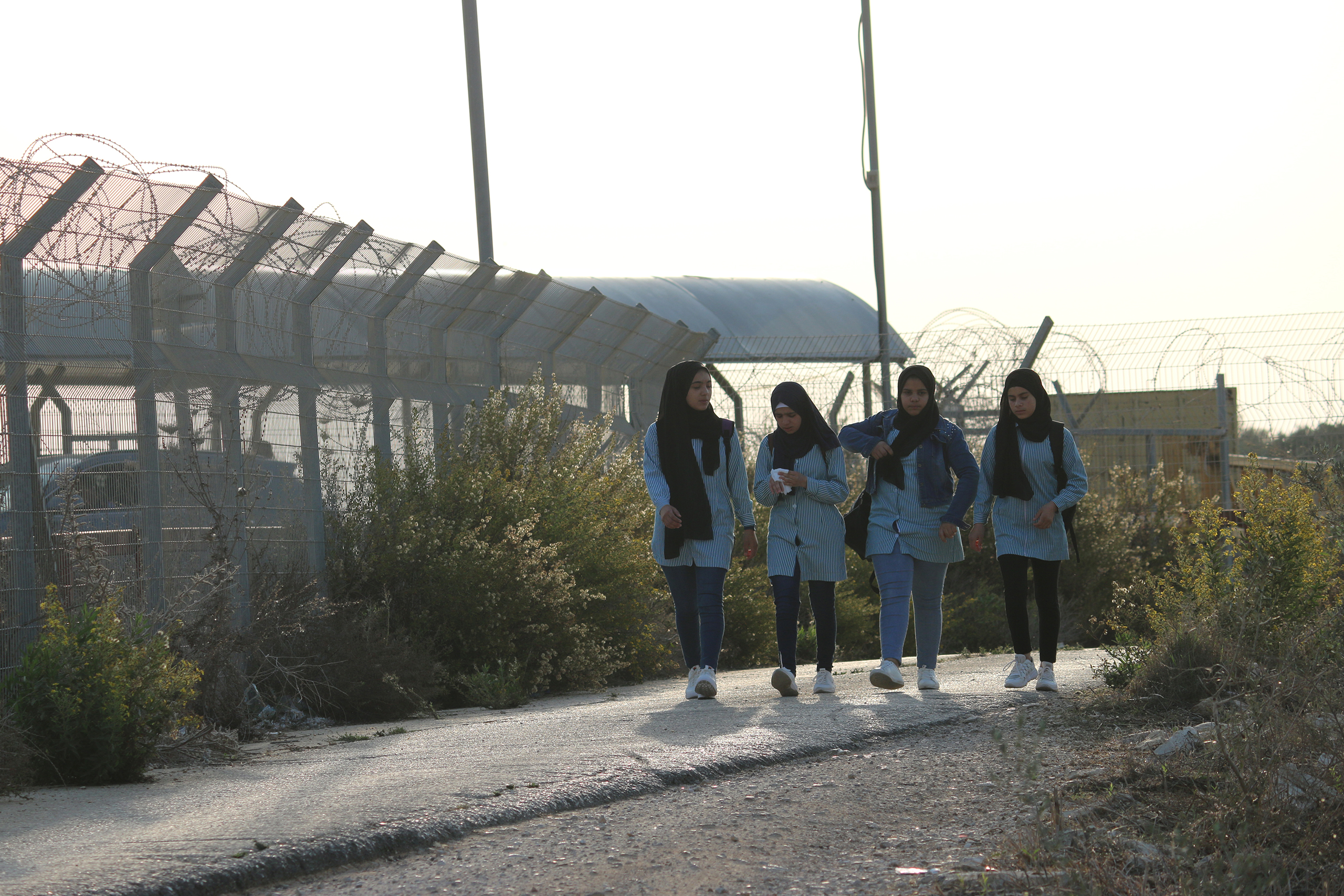 Dahr Al-Maleh is located inside the Barta’a enclave, a portion of the occupied West Bank that lies west of Israel’s separation barrier. With the village’s lands effectively annexed by Israel’s construction of the barrier, its residents are obstructed from accessing the rest of the West Bank, despite being West Bank ID holders. 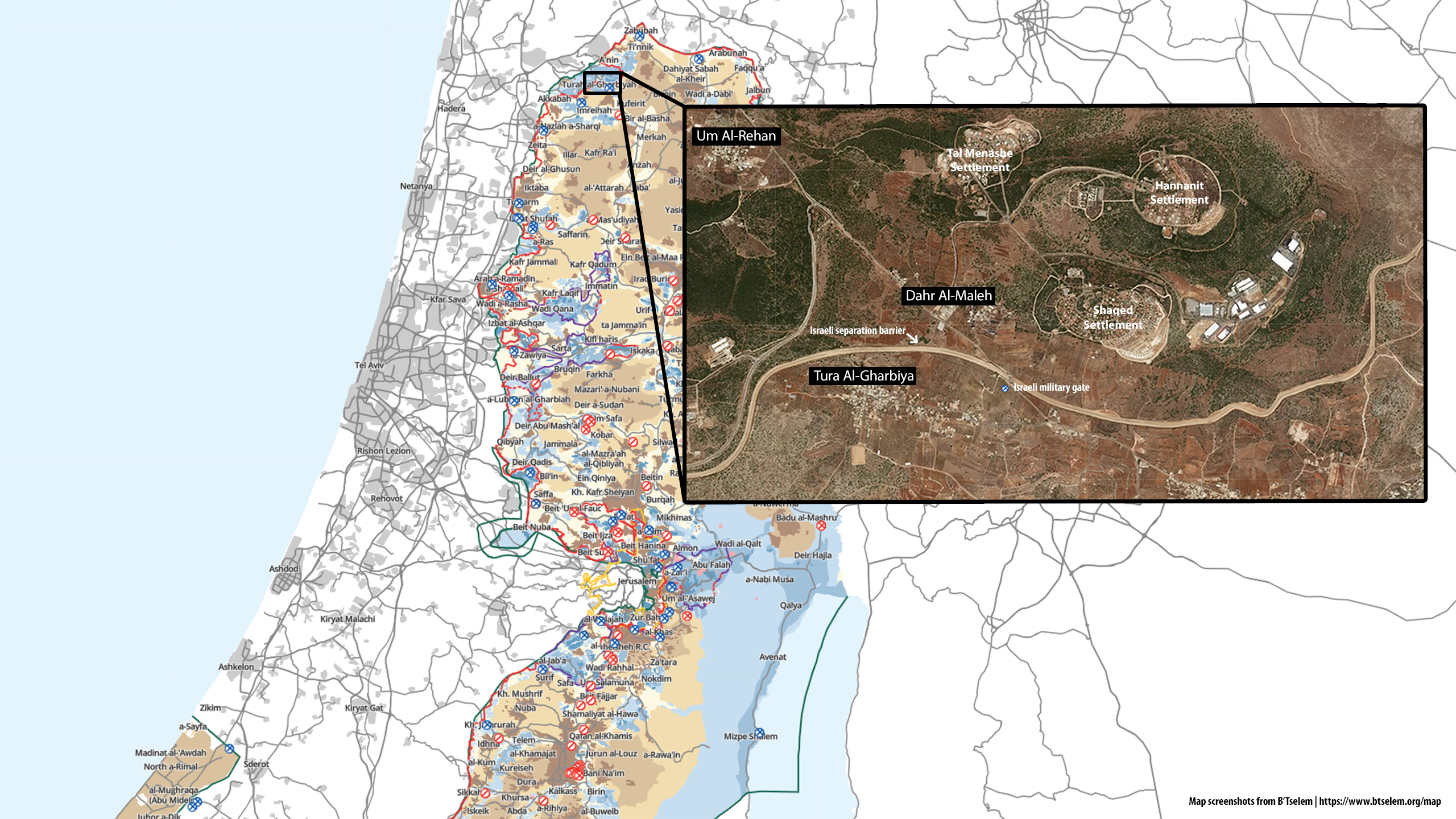 Since the barrier’s construction in 2002, Tura, the nearest village—and closest link to the rest of the West Bank—is only directly accessible through an Israeli military gate only open for limited hours. The oppressive permit regime imposed by Israeli military forces requires residents to present permits each time they want to leave and return to their village. Even children must present their birth certificates in order to cross through the military gate. 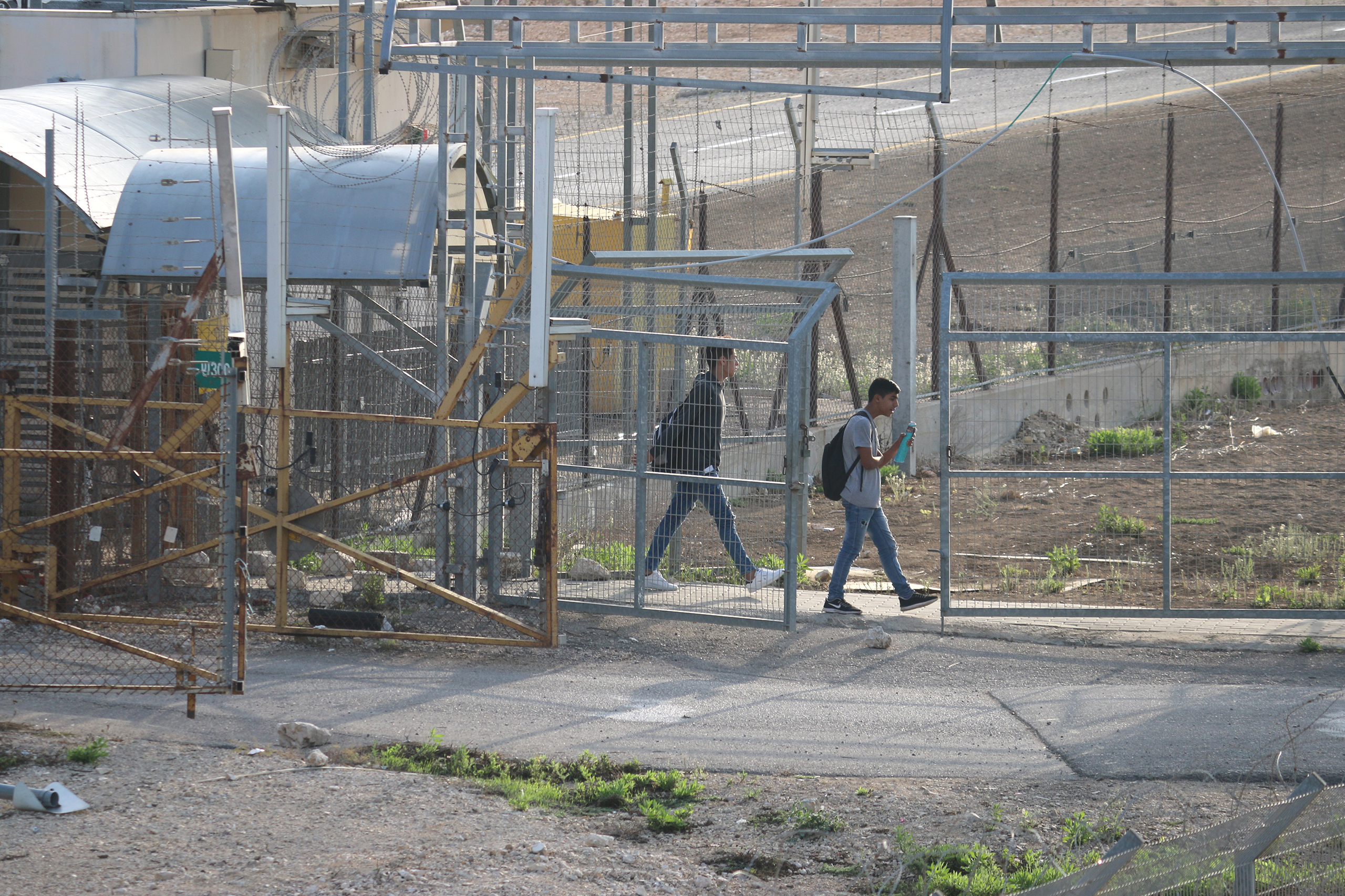 According to information gathered by DCIP, the children of Dahr Al-Maleh not only report daily difficulties in reaching their school, but also a series of violations by Israeli soldiers stationed at the gate.

“More than once, I was not allowed to cross the military gate due to a missing official document,” Mohammad K., 14, a resident of Dahr Al-Maleh village, told DCIP. 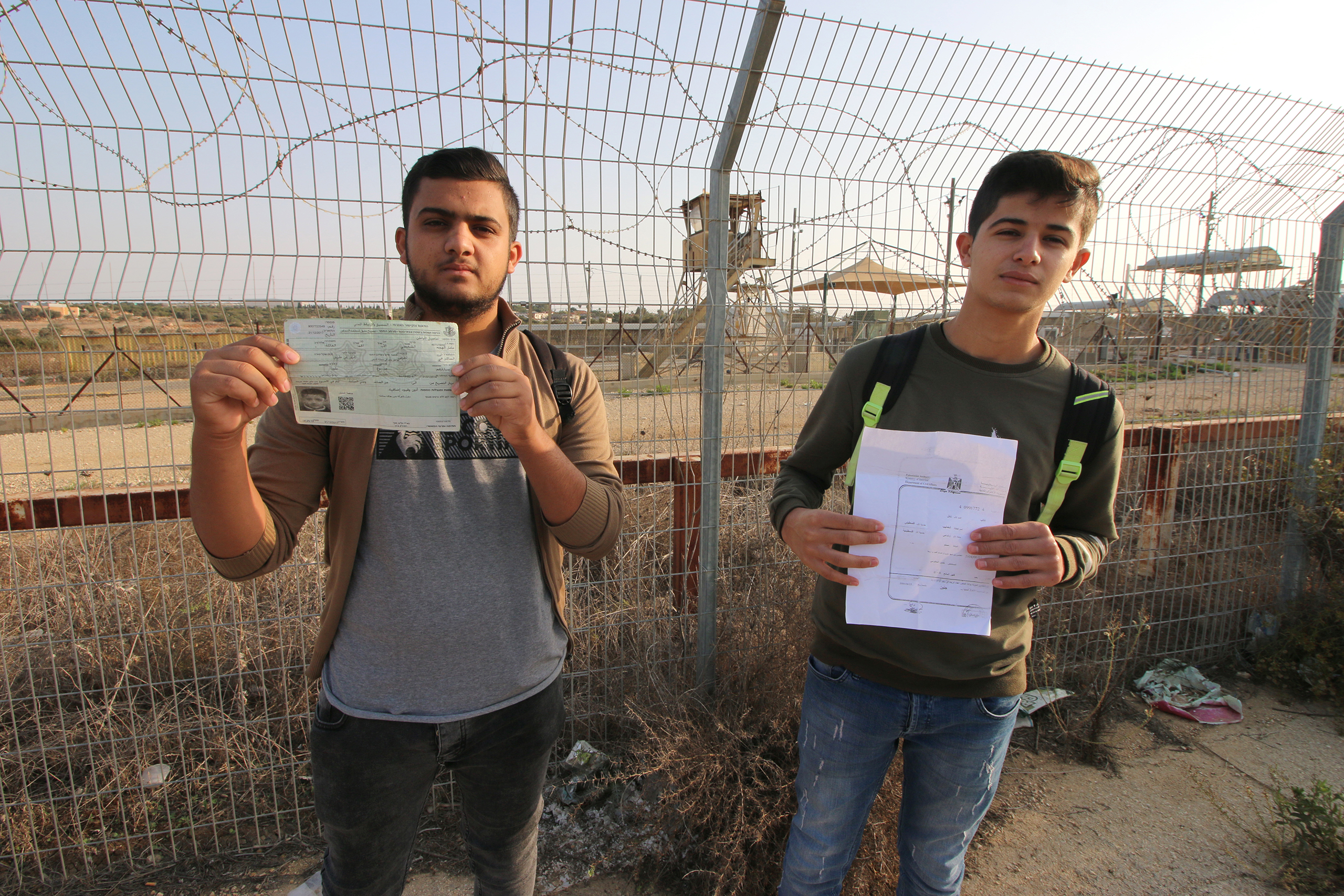 “The journey to school is harder in the winter,” said Mohammad. “We walk in the rain 700 meters (2300 feet) from our home to the military gate, and the first 10 meters after we cross the gate is not a paved road. It is muddy and our shoes get dirty,” he explained.

Given the difficulties the children face getting to school, staff would find ways to ensure support is provided for the children. “I feel the school is part of my family. They understand the difficulties we face and provide us with heating equipment when we are cold and wet,” said Aya.

Mohammad also notes that during heavy rains the school principal tries to transfer the students in his personal car from the military gate to the school.

Despite the school’s efforts to ease the children’s challenges, they are not always successful.

“Last year in December, the military gate closed for long hours, and we were not able to reach our school,” said Mohammad. “We had midterm exams that day, the school administration sent the exam paper to Um Al-Rehan's school, and we took the exams there.”

Um Al-Rehan is 3 kilometers (approx. 2 miles) away from Dahr Al-Maleh. While there are no checkpoints or military gates separating the two villages, the road which connects them is a main road that links Israeli settlements and military infrastructure. 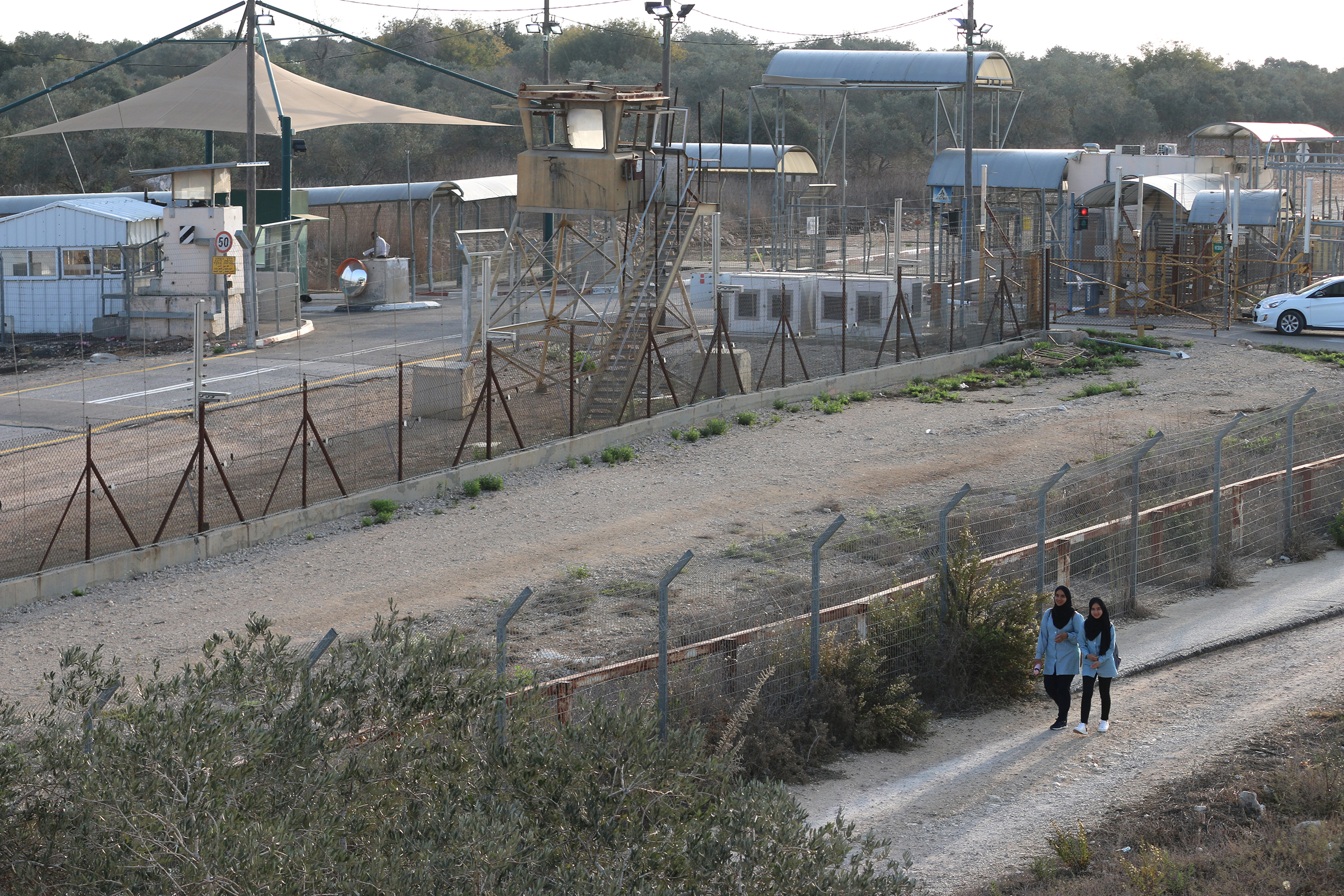 More than this, the military gate also makes being with family more difficult. “Other than for school, I cross the military gate to visit our relatives in Tura,” said Aya. “I also cross the gate if we need to buy home needs or visit health clinics and hospitals.”

The military gate is not only an impediment to the social lives of residents, but also carries economic consequences. With only the bare minimum in their village, residents of Dahr Al-Maleh must cross the barrier to meet their basic needs.

Out of necessity, all of their fruits, vegetables, and meat are bought in Tura, only to have them searched at the military gate. 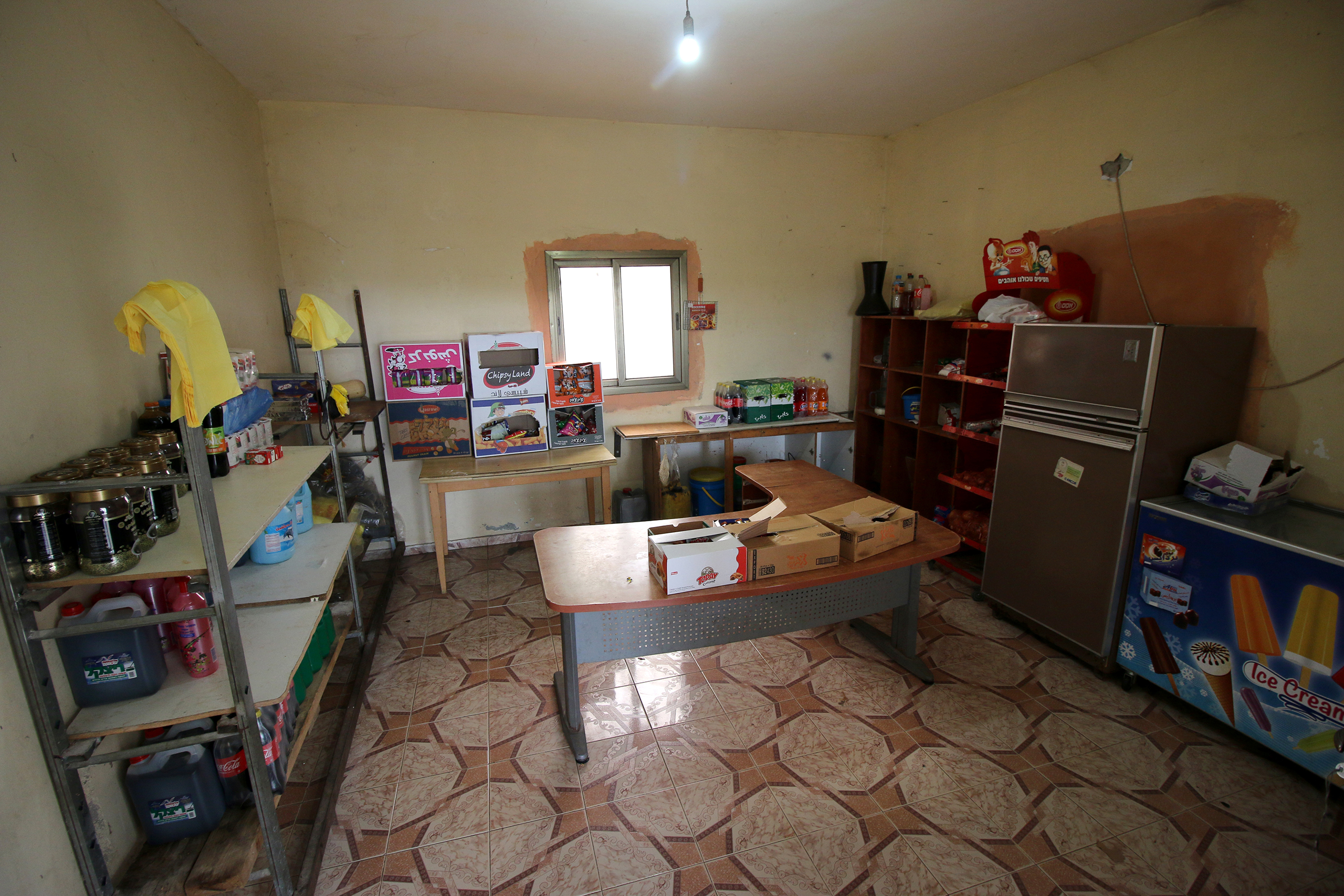 Omar Khatib explained to DCIP that residents have restrictions on how much and what things they can carry through the military gate. They are only allowed to enter with two kilograms (5 lbs) of vegetables and fruits per household per day and 10 kilograms (25 lbs) of red meat per household per day. No other goods are permitted to cross through the gate, and residents must travel to Barta’a checkpoint, six kilometers (3.7 miles) away, to bring them home. Khatib also noted that Barta’a checkpoint is known for its strict security measures which often means a longer time to cross.

"We don’t face many obstacles leaving Barta’a checkpoint,” said Sima K., 10, from Dahr Al-Maleh. “But when we enter the checkpoint towards our village, we face many security checks that take a long time.”

Such challenges deter residents from using the checkpoint, unless it is an emergency, according to Omar Khatib.

Village residents have tried to confront the Israeli-imposed freedom of movement restrictions placed against them and enforced by the Israeli military. After the gate’s installation, Israeli forces severely restricted the previously unfettered access between Tura and Dahr Al-Maleh. The village council obtained an attorney to represent their interests and argue for the gate’s removal. Although the attorney filed a case with the Israeli High Court of Justice, it took several years before the court ruled that the gate must be open for more hours each day. 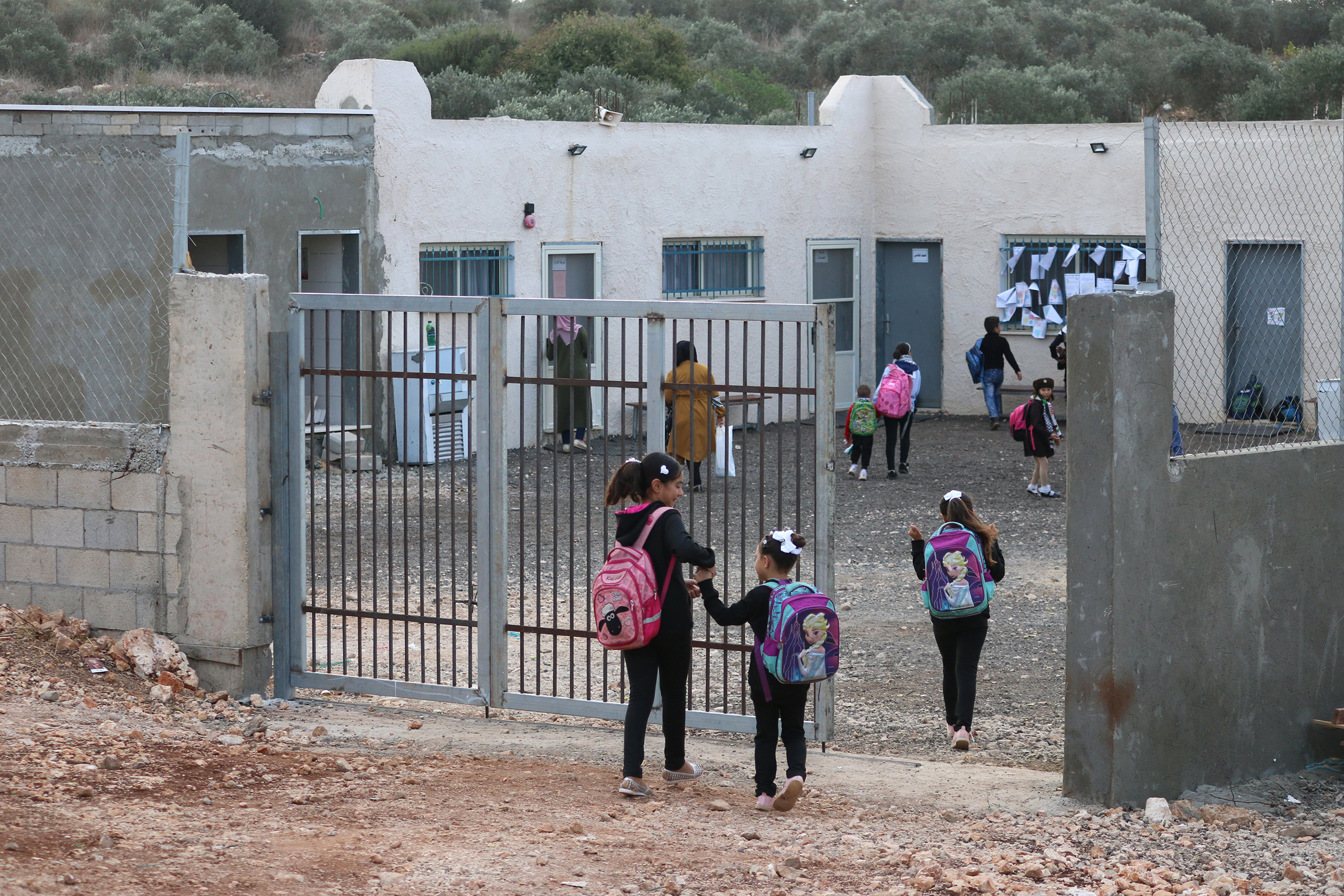 In 2019, Dahr Al-Maleh elementary school—Tahadi 11—opened. It is the only school in the village, and it protects children aged 6 to 12 years from having to cross the Israeli military gate daily to reach school. Before the school’s establishment, even first-grade children were forced to cross the gate to attend school in Tura.

The school, however, is not entirely safe. In January 2019, Israeli authorities issued a demolition order, and Israeli forces raided the school and confiscated a mobile container that was used as the school’s cafeteria in October 2019.

“We don’t have safe places to play because we are surrounded by settlements, the separation barrier, and a military base,” said Sima. “I spend my time playing in front of the house, watching TV, or visiting relatives.”

“I hope the military gate is removed to stop restricting our lives and dreams,” said Aya, “I wish one day to open a flower store in my village, but with the existence of the military gate my dream is not possible.”