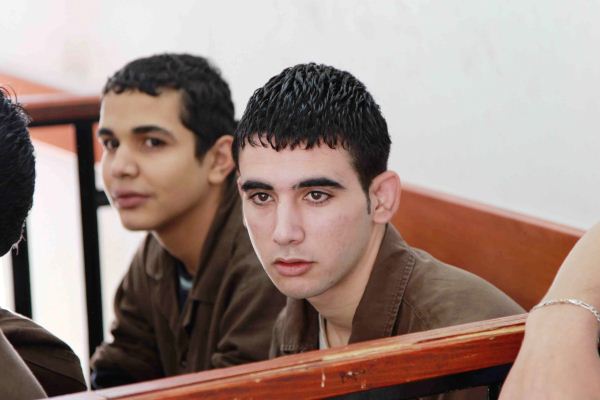 Palestinian minors held at Israel's Ofer prison in the West Bank are denied an education while serving their jail terms.

Ramallah, 20 March 2013—DCI-Palestine and human rights group Adalah submitted a joint letter to Israel’s Prison Service this month urging them to stop violating the right to education of incarcerated Palestinian minors and carry out remedial steps.

Israel’s Ofer prison in the West Bank denies education to incarcerated Palestinian children while Hasharon and Meggido prisons offer inadequate study programs that correspond to neither the ages of the minors nor the official Palestinian curriculum. The denial to proper education affects 94 minors held in Ofer, 84 in Megiddo, and 14 in Hasharon, according to the letter. This contravenes both Israeli and international law, the letter states, impeding the ability for these children to continue their education upon release.

The Israel Prison Service is the government agency tasked by the Ministry of Public Security to manage prisons in Israel, including detention centers for political prisoners. The letter addresses Israeli prisons commissioner Aharon Franco and the directors of Ofer, Hasharon and Megiddo prisons.

“Israel’s denial of education to Palestinian minors in its custody is another blow to children’s rights that comes on top of reported widespread and systematic abuse during detention,” said Iyad Misk, DCI-Palestine’s legal unit coordinator. “Childen's inability to integrate back into their classrooms and sit for mid-terms and finals after release from prison can result in serious consequences that follow them well into adulthood.”

The Economic and Social Council of the United Nations set minimum standard rules for the treatment of prisoners, including “so far as practicable, the education of prisoners shall be integrated with the educational system of the country so that after their release they may continue their education without difficulty.”

The absence of an appropriate education system for Palestinian children in Hasharon and Meggido prisons also contrasts sharply with the education offered to Israeli minors in jail. This directly violates the UNESCO Convention against Discrimination in Education ratified by Israel in 1961, which calls on state parties to the treaty “to abrogate any statutory provisions and any administrative instructions and to discontinue any administrative practices which involve discrimination in education.”

Israel holds 236 Palestinian minors in jail, including 39 children between the ages of 12 and 15, according to DCI-Palestine's figures covering the month of February. This is the highest total number since October 2010.