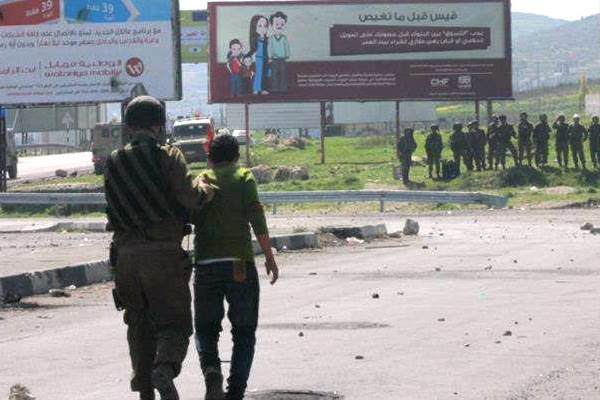 Analysis by Rifat Odeh Kassis* of the concluding observations on the second to fourth periodic reports of Israel adopted by the Committee on the Rights of the Child at its sixty-third session (27 May – 14 June 2013).

Ramallah, 10 July 2013­—In its sixty-third session, held from May 27 to June 14 of this year, the United Nations Committee on the Rights of the Child (CRC) made its concluding observations on Israel’s second to fourth periodic reports. These observations deal a powerful blow to the myths propagated by Israel about its own political processes and prowess, myths that Israel uses to reinforce its self-proclaimed identity as “the only democracy in the Middle East,” an oasis of progress in a desert of brutality.

The underlying message is that Israel’s exceptionalism is a falsehood; in short, it is a discriminatory nation, no more socially or politically advanced than the many countries (both within and beyond the Arab world) over which it claims superiority.

The CRC’s many criticisms, distributed through the 79 points that constitute the concluding observations, can be sorted into four major categories: Israel is inherently a colonialist state; many of its policies are built on institutionalized racism; it is a flagrant violator of child rights; and it is, despite its insistence to the contrary, far from a democratic state.

The CRC emphasizes Israel’s colonial agenda, condemning “the illegal long-lasting occupation of Palestinian territory and the Syrian Golan Heights, the continued expansion of unlawful settlements and construction of the Wall into the West Bank as well as land confiscation, destruction of houses and livelihood of Palestinians” as forces that “feed the cycle of humiliation and violence and jeopardize a peaceful and stable future for all children of the region” (section III, point 7). The CRC’s subsequent request is not simply for Israel to end the occupation – an appeal that has been made in many prior documents of this nature. Rather, the CRC goes on to urge Israel to withdraw all illegally constructed settlements and cease the transfer of its population into the Occupied Syrian Golan Heights. It then proceeds to criticize Israel for declining to submit information regarding children living in the Occupied Palestinian Territory as per the CRC’s own observations and requests (section IV, point 8). The CRC’s emphasis on the illegality of the occupation, the ways in which it is imposed, and its consequences are a resounding condemnation of the colonial injustices to which Palestinians are subjected at the hands of the Israeli state.

The CRC criticizes Israel for practicing racism against its own citizens. This racism is not simply an attitude; it is manifested through concrete and visible state policies. The observations express the CRC’s concern that “the average spending per child in the Arab localities is estimated to be more than a third lower than in Jewish localities;” further, Israel “fails to take into account the unequal level of resources provided to the two health systems to explain the persistent disparities in relation to health indicators between the Arab and Jewish children” (section IV, point 13).

While racism practiced against Palestinian families is systematic and egregious, the CRC observations accurately point out that Palestinians are not the only target of such treatment. In urging Israel to ensure that budgetary allocations no longer discriminate against Palestinian citizens of Israel, it makes the same demand on behalf of “children of migrant workers and asylum seekers” (section IV, point 14, article c.), as well as condemning the adoption of numerous discriminatory laws over the reporting period, “which affect primarily Palestinian children in all aspects of their life but also Arab Israeli, Bedouins, and Ethiopian children as well as children of migrant workers and asylum seekers” (section IV, part C, point 21).

The CRC continues to stress Israel’s widely practiced racism against Palestinians in the OPT, expressing deep concern over “the establishment of separate means of transport and road services as well as the implementation of two separate legal systems and institutions,” all of which amount to “de facto segregation” and “inequality between Israeli and Palestinian children in the enjoyment of their rights” (section IV, part C, point 21).

Indeed, the overarching conclusion is that Israel imposes racist policies and practices against virtually all communities it views as “other.” These policies and practices are not only entrenched in the military occupation of the OPT, but also implemented against Palestinian citizens of Israel, Bedouins, and other communities. In short, racism runs throughout Israel’s legal and social infrastructure.

The CRC observations highlight the undemocratic nature of Israel: lack of transparency, various harmful practices, corporal punishment and violence against children, religious Halacha or Jewish laws, poverty, and consequences of the privatization of services and infrastructure. The CRC makes the following comments and criticisms in this regard:

- Israel must “[e]nsure transparent and participatory budgeting through public dialogue, especially with children and for proper accountability by local authorities” (section IV, point 14, article b.) – a factor necessary for democratic governance.
- The CRC is concerned that “non-governmental organizations are not systematically involved in planning policies and laws for children,” that “Palestinian non-governmental organizations and international human rights organizations working in the OPT are increasingly perceived as a threat to national security and are subject to, among others, harassment, arrest and denial of work permits,” and about “the denial of work permits to foreign nationals working for humanitarian organizations in the OPT and about the tightened control of foreign funding of non- governmental organizations when they cooperate with United Nations fact-finding missions” (section IV, point 17). These troubling restrictions are common in repressive regimes that exclude and even persecute civil society.
- Israel is urged to “ensure that religious laws be brought in line with the Convention and do not contain derogatory language against children born out of wedlock” (section IV, point 32).
- The CRC expresses concern about “reported short and long-term complications arising from some traditional male circumcision practices” (section IV, point 41).
- The CRC is also concerned that “poverty among children has risen over the years, and that one out of three is living under the poverty line or on the edge of it” and about the privatization of social services and the limited access to free services which increase the difficulties that children and their families in need are facing” (section IV, point 57)
- The observations condemn multiple situations related to the unjust distribution of natural resources, e.g. “[t]he critical water shortage faced by Palestinian children and their families and by Bedouin children in the Negev due to prohibitions of access to natural resources, restrictions on water utilization and destruction of water services including traditional cistern-based water infrastructure essential for maintaining the Bedouin people’s nomadic and agricultural way of life” and Israel’s “opposition to the creation of waste water treatment facilities in East Jerusalem and to providing access to safe drinking water to Bedouin families and their children living in so-called ‘unrecognized villages’ even in cases where the Supreme Court has ruled that villages should be connected” (section IV, point 59).
- The CRC recommends that Israel “[t]ake the necessary measures to effectively enforce the Compulsory Education Law and ensure that education remains free by discontinuing the practice of requesting that parents pay fees and other non-official contributions for the education of their children” (section IV, point 62).
- The observations criticize the “extensive militarization of the educational system” and the “removal of significant information on Palestinian history, heritage, flag and cities from school textbooks distributed in 2011 to all private and public schools in East Jerusalem” (section IV, point 65), clear tactics of repression.
- The CRC’s condemnation of “the Anti-Infiltration Law enacted in January 2012, which allows for the prolonged detention of children, including child victims of exploitation, torture and trafficking who migrate illegally to the State party” (section IV, point 69), points to a tyrannical type of state.
- The CRC makes it clear that Israel lags behind many other countries by not ratifying numerous important conventions – “namely the third optional protocol to the Convention on the Rights of the Child on a communication procedure, the Convention on Enforced Disappearances as well as the optional protocols of the Covenant on Civil and Political Rights, the Covenant on Economic, Social and Cultural Rights, the Convention on the Elimination of Discrimination against Women, the Convention against Torture and the Convention on the Rights of Persons with Disabilities” (section IV, point 75) – and urges it to do so.

The importance of the CRC observations is multi-faceted. Not only do they expose Israel’s colonial tactics; racist policies; severe and numerous violations of human rights (including and especially children’s rights); and denial or restriction of transparency, civil liberties, equitably distributed resources, and so on – but they also expose the ways in which Israel falsely claims an exceptional status in this region of the world. It claims to be exceptionally progressive, exceptionally democratic, and exceptionally advanced in social, religious, political, and economic matters; “a villa in a jungle,” as former Prime Minister Ehud Barak once famously said. The CRC observations are yet another voice – as strong, loud and clear as any recently heard from a UN body – speaking up to unmask these myths.

In this sense, the CRC observations are crucial for another reason as well: they show that, on the international stage, it is becoming increasingly unacceptable to participate in, justify, or ignore Israel’s myth-making.

*Rifat Odeh Kassis is the General Commissioner of the Middle East and North Africa region at Defense for Children International, an independent worldwide child-rights organization, and General Director of its Palestine section. This article was originally published on Alternative News: http://www.alternativenews.org/english/index.php/features/up-close/6699-israels-fictions-notes-on-a-myth-democracy.html.