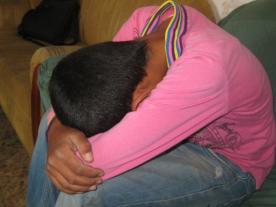 The boys live in fear with their attacker still on the loose.

Ramallah, 18 May 2013—Defence for Children International Palestine is deeply disturbed by the sexual abuse of two Palestinian children by an armed Israeli assailant dressed in a police uniform late April in the Jordan Valley.

The perpetrator, driving a white car with yellow Israeli license plates, approached the two boys, both 14, while they grazed their goats in a field, north of the West Bank city of Jericho, according to their sworn testimonies. With his firearm visible, they said, he ordered them to strip from the waist down and sexually assaulted them one at a time. The boys described the assailant as average height and build, black hair, in his 30s, with a mole on his left cheek. Their grandfather said the Palestinian Liaison Office submitted a complaint to the Israeli Police Internal Investigations Department.

“It’s been three weeks since these kids were sexually assaulted, and they live in fear with their attacker still on the loose,” said Ayed Abu Eqtaish, Accountability Program director at DCI-Palestine. “We urge Israeli authorities to carry out a swift investigation and apprehend the suspect before he attacks again.”

Israeli investigators met with the children and obtained their statements. The boys said they can identify their attacker in a lineup. They spotted him again a few days after he assaulted them in the same area, driving toward them with two other passengers. They immediately left their herd of goats unattended and hid until he drove away.

This is the first case DCI-Palestine has documented in which Palestinian children were sexually assaulted by an Israeli perpetrator in police uniform outside of arrest and interrogation. Since 2009, there have been at least 20 cases of children alleging sexual abuse and threats by Israeli interrogators.

In February, DCI-Palestine submitted a complaint to the Israeli Police Internal Investigations Department to investigate allegations of ill treatment during the separate interrogations of two Palestinian teenage boys at Ariel police station, including verbal abuse of a sexual nature against one of them. Those responsible have yet to be held accountable or brought to justice. 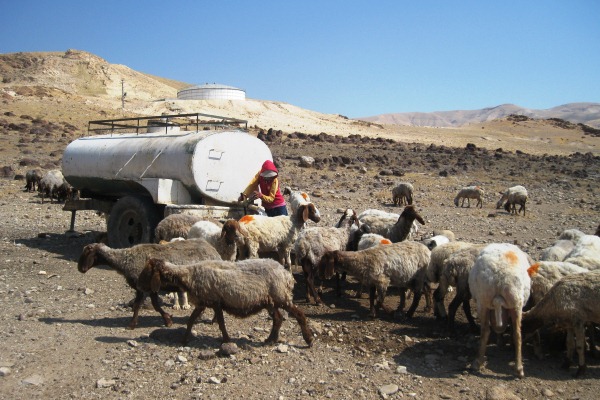 One of the victims accessing the water tank used for their goats in the area of the assault.