Fatima Kasba, or Umm Thaer, mourns during the funeral for her son, Mohammad Kasba, 17, in Qalandia refugee camp, near the West Bank city of Ramallah, on July 3, 2015. (Photo: Activestills)

Sami Kasba, 59, took a breath as he attempted to narrate the killing of his 17-year-old son, Mohammad, by Israeli forces in 2015. “It was a Friday and also Ramadan when Mohammad was killed,” Sami recounted to DCIP during an interview on May 13. Sami remembered the pre-dawn meal he shared with his son at their home in Qalandia refugee camp in preparation for the day’s fast. “We had the usual light meal of yogurt, halvah, cheese and the likes,” Sami recalled. “Mohammad specifically asked me to give him water before heading to dawn prayer.”

Mohammad ate what would be his final meal early on July 3, 2015, and he departed from home. The Kasba family would only see him again as a corpse. 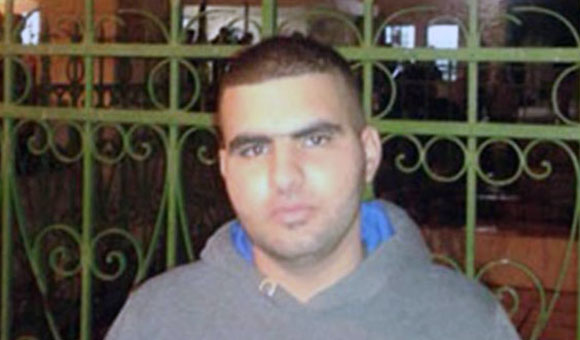 Around 6:30 a.m., a group of Palestinians hurled stones at a military vehicle heading toward Qalandia checkpoint, the main entryway between Ramallah and Jerusalem. The five soldiers stopped their vehicle when a stone struck its windshield. Among them was Israeli Colonel Yisrael Shomer, who stepped out and fired live ammunition at Mohammad.

“Eid and Ramadan are now reminders of loss, what’s to celebrate with that?”

At least three bullets struck Mohammad in the back, face, and upper side of his torso from a distance of approximately 15 meters (50 feet) as he attempted to flee from the soldiers, according to information gathered by Defense for Children International - Palestine (DCIP). Two soldiers kicked Mohammad’s body while he lay on the ground, according to witnesses.

“I was asked to go see his body at the hospital’s morgue,” Sami recalled in a weakened voice. “I looked at him, now dead. I confirmed that it was, indeed, Mohammad, and then I left. Afterwards, his body was returned to the camp, and we buried our third son.”

“As Mohammad joined his young friends and Israeli jeeps came to them, Mohammad threw a rock,” Sami explained to DCIP. “Of course he threw a rock, he experienced the loss of two of his brothers at such a young age. That stays with you.”

PART 2 When it does not end with losing one child

While Mohammad’s death was painful for the Kasba family, losing a child was not a new experience for them—he was their third child to be killed by Israeli forces. On December 8, 2001, 11-year-old Yasser Kasba was eagerly preparing for the next week’s Eid Al-Fitr festivities despite the overwhelming violence occuring during the second Palestinian intifada.

“He was so excited,” Sami told DCIP. “He was saving up money so he could go buy things for himself on Eid.” In their home in a small corner of Qalandia refugee camp, the Kasba family never predicted that their holiday would culminate with the burial of their 11-year-old son.

Israeli forces shot Yasser in the head with live ammunition, reportedly from a distance of only 1.5 meters (5 feet) during clashes with armed Israeli forces near Qalandia refugee camp, according to Sami. Despite medical attempts to save Yasser’s life, he succumbed to his wounds nine days later, according to medical reports gathered by DCIP.

“Ramadan and Eid holidays are painful for us now,” Sami explained. “It’s a reminder of what we lost.”

“I was traveling through Qalandia checkpoint, and the Israeli soldier asked me how many children I have. I told her four, she told me I was lying, and I had seven. I replied, ‘yes, but you killed three of them.’”

With the shock of losing Yasser weighing heavily on the Kasba family, less than two months later, on January 18, 2002, Israeli forces killed another son, 15-year-old Samer Kasba. Samer was shot in the head with a rubber-coated metal bullet near the Al-Muqata’a, or Presidential Compound, in Ramallah, as Israeli forces deployed throughout the occupied West Bank and locked down cities during the second Palestinian intifada. Samer was transferred to Ramallah hospital and remained in intensive care for a week before succumbing to his wounds.

Displaying their photographs around the house as they lost them one by one, Mohammad, Yasser, and Samer’s images continue to hang in the family’s home in Qalandia refugee camp. 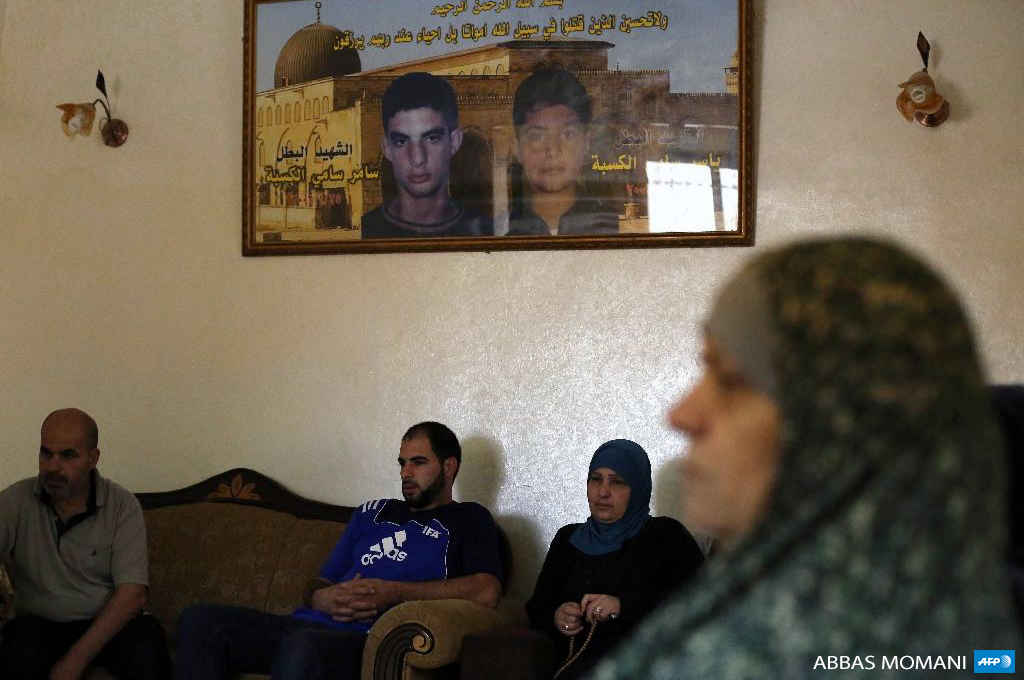 “I don’t know how to explain it, how do you explain losing a child?” Sami told DCIP. “The loss of our children still looms. Their mother still wears photos of the boys around her neck.”

Compounding the Kasba family's tragic loss is their lack of closure, knowing that those responsible for killing their children have not and will not be held accountable.

“They will always justify it,” emphasized Sami. “The colonel responsible for Mohammad’s killing was promoted, and, in the end, I expect very little justice.” 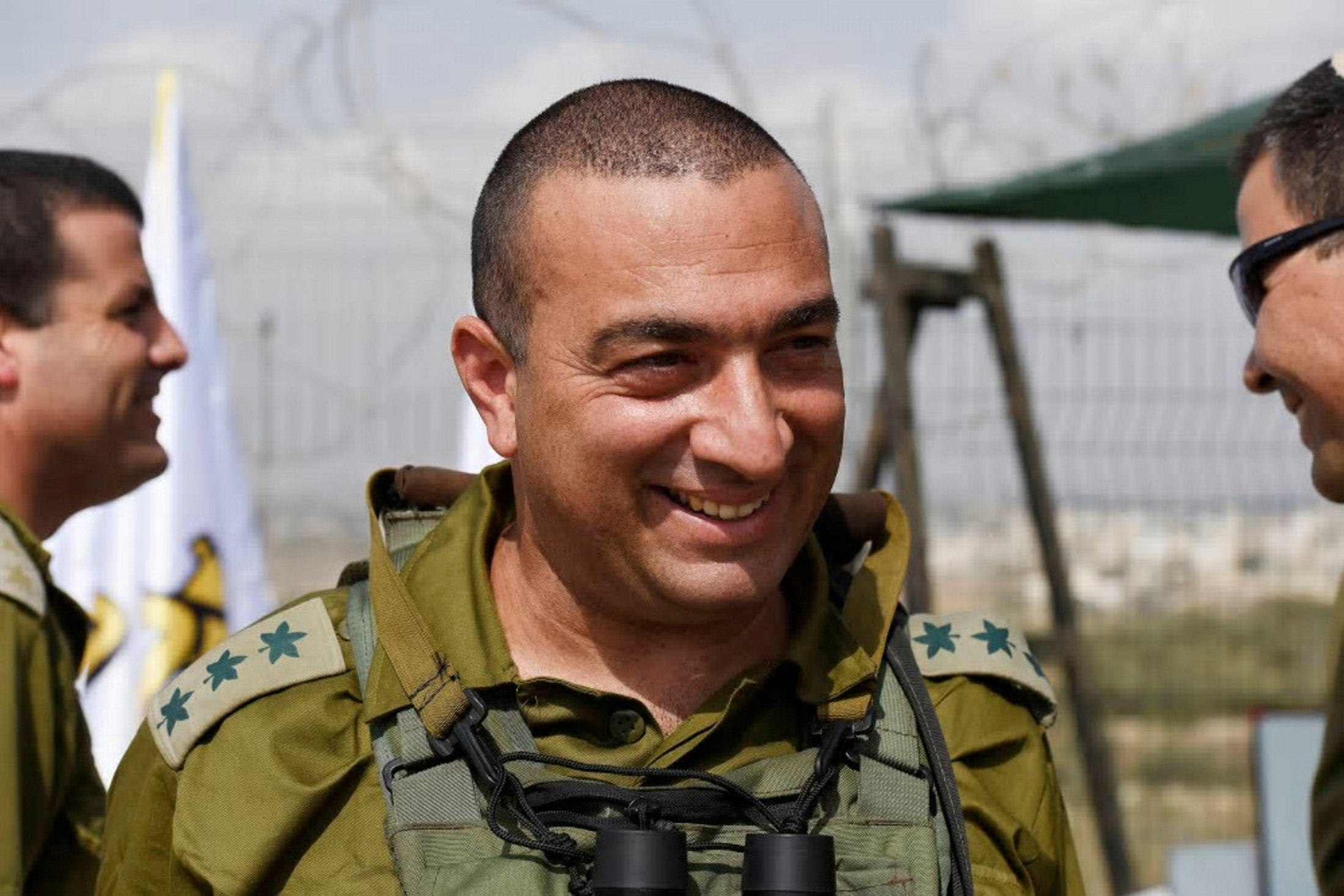 During the second Palestinian intifada, Israeli soldiers and settlers killed a total of 728 Palestinian children in the Occupied Palestinian Territory between September 2000 and December 2005. For the Kasba family, like hundreds of other Palestinian families, there was no justice or accountability for the killings of Yasser and Samer. Despite this, the family clung to the hope that some justice might be won in Mohammad’s case. After all, there was video footage of the incident.

International humanitarian law requires that intentional lethal force be used only when absolutely unavoidable where there is a threat to life or serious injury. The willful killing of civilians, including children, as part of military occupation amounts to a war crime.

Although an Israeli military spokesperson initially claimed that Col. Shomer and other soldiers involved in the incident “felt in mortal danger and carried out suspect-arrest procedure,” this assertion was directly contradicted by eyewitness testimony and video footage obtained and released by B’Tselem, an Israeli human rights organization. Mohammad sustained gunshot wounds to his back, establishing that he was fleeing from the soldiers rather than presenting an imminent threat to life at the time he was killed.

“They will always have an allegation prepared,” Sami cynically noted. “Mohammad was trying to climb the wall. And my little boy, Yasser, was apparently ‘inciting violence,’ even though he was 11 years old.”

While Israeli forces routinely employ the use of excessive force and intentional lethal force in situations amounting to unlawful killings, perpetrators are rarely held accountable. Between January 2014 and May 2020, Israeli forces and settlers killed at least 709 Palestinian children in the West Bank, including East Jerusalem, and the Gaza Strip, according to evidence collected by DCIP.

While the majority of these deaths occurred during the summer 2014 Israeli military offensive on Gaza, known as Operation Protective Edge, at least 152 Palestinian children were killed outside of this military assault with live ammunition or crowd-control weapons across the Occupied Palestinian Territory, based on evidence collected by DCIP.

For the Kasba family, their fight for justice has not gone too far since Mohammad’s killing. Shortly after his unlawful killing, B’Tselem contacted Israel’s Military Advocate General Corps demanding it order an investigation into the killing, and on July 8 they were informed that an investigation had been initiated.

"How can an occupier hold itself accountable?"

Nearly a year after Mohammad’s killing, Israel’s chief military prosecutor, Brig. Gen. Sharon Afek, declined to charge Col. Shomer with Mohammad’s murder. Despite fatally shooting Mohammad as he fled, the military investigation found that Col. Shomer intended to fire at Mohammad’s legs, deeming the killing an ‘operational mistake’ and finding that he acted in accordance with the army’s rules of engagement. Israel’s chief military prosecutor noted that Col. Shomer made a “professional error in the way he discharged his weapon,” but the case was closed without an indictment.

In March 2017, the Association for Civil Rights in Israel (ACRI) protested the closing of the case by filing an appeal with Israel’s Attorney General that was later denied in December 2018. Then, on March 10, 2019, the Kasba family and ACRI jointly filed a petition with Israel’s High Court of Justice hoping to obtain an order directing the Attorney General to indict Col. Shomer. The appeal was considered by Israel’s High Court of Justice on January 6, 2020.

“It is not a system made for us,” Sami explained, as he searched for any future hope for accountability. “If there is justice, they would hold the soldier accountable, but it’s all empty talk.”

As the Kasba family knows all too well, for any violations or harm to Palestinians, systemic impunity remains the norm. Around 80 percent of complaints filed with Israeli authorities by Palestinians for alleged violations and harm by Israeli soldiers between 2017 and 2018 were closed with no criminal investigation opened, according to Yesh Din. Of complaints where a criminal investigation was opened, only three incidents (3.2 percent) resulted in indictments. Overall, the chances that a complaint leads to an indictment of an Israeli soldier for violence, including killing, or other harm is 0.7 percent, according to Yesh Din.

“Soldiers know they can get away with anything,” Lion Yavne, director of research at Yesh Din, told The National in early 2013. “They are not afraid of the law. There is no legal deterrent for them not to carry out crimes against Palestinians.”

Col. Shomer not only evaded accountability for Mohammad’s death but has been celebrated ever since the July 2015 incident. The unlawful killing was immediately condoned by military commanders and government ministers, according to media reports. In 2018, Col. Shomer was promoted to commander of Israel’s Nahal Brigade, overseeing four battalions of soldiers. In April 2020, he was chosen to participate in a remembrance ceremony in Jerusalem on Israel’s Memorial Day eve and publicly recited a memorial prayer.

For Palestinian families, grief and pain are aggravated by systemic impunity and compounded by seeing perpetrators of war crimes celebrated. With pain, Sami recalled the failed attempts to hold Col. Shomer accountable, “He not only shot Mohammad, he went to his bleeding body and kicked him.” 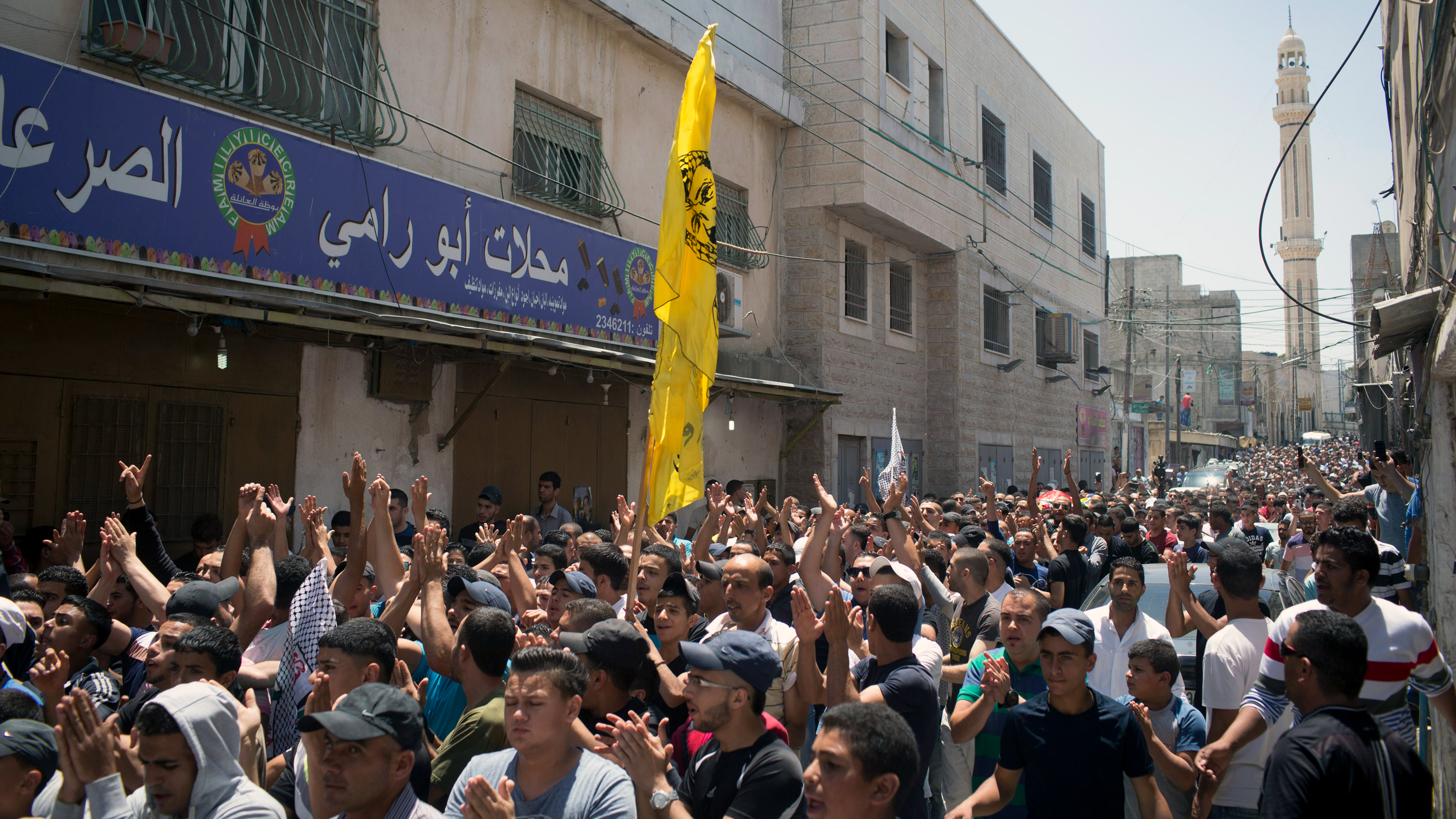 PART 4 No end in sight

For families living in vulnerable areas, such as refugee camps, there is no such thing as safety for their children in the face of Israeli military occupation. “My wife and I used to lock the house and hide the key under our pillows,” Sami told DCIP. “But when Israeli soldiers raid the camp, the youth will feel the need to defend it.”

“Mohammad went and didn’t come back. They were our young boys, and they were not afforded a chance to go on with their lives.”

Since the start of the year, Israeli forces have killed three Palestinian children in the occupied West Bank. On May 13, 2020, Israeli forces shot and killed a 17-year-old Zaid Fadil Mohammad Qaisiya during a military raid in a refugee camp near the occupied West Bank city of Hebron. Qaisiya sustained a gunshot wound to the head around 6 a.m. while he stood with relatives on the rooftop of a four-story building in Al-Fawwar refugee camp, according to information collected by DCIP.

On March 10, 15-year-old Mohammad Hamayel was shot in the head with live ammunition fired by Israeli forces during the early morning in the village of Beita south of Nablus. A month earlier, on February 5, an Israeli soldier deployed on a rooftop shot dead 16-year-old Mohammad Suleiman Al-Haddad with live ammunition from a distance of around 130 feet (40 meters) during clashes in the southern West Bank city of Hebron. 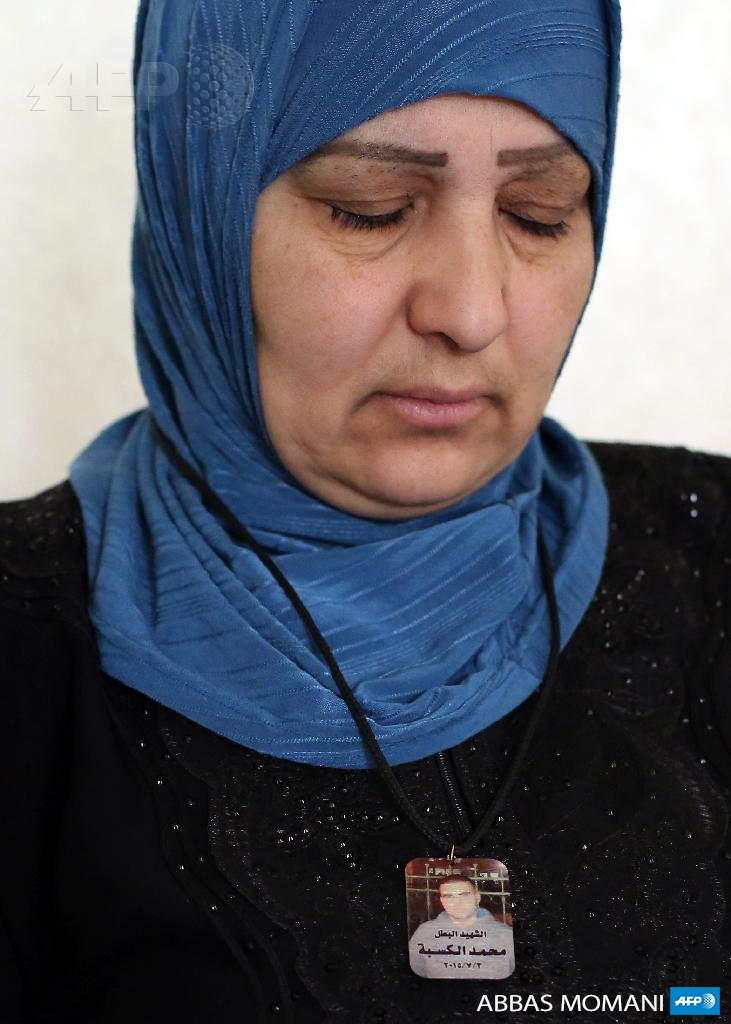 “Their mother, Umm Thaer, still can’t handle [the loss],” Sami told DCIP. “She sees all martyrs as her children now.”

“When I see her crying I know someone has been martyred...,” Sami took a breath and finished his thought, “...and she cries a lot.”